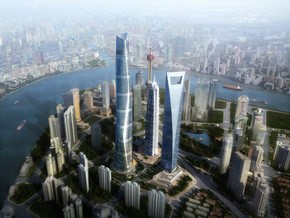 According to the latest research study by the Council on Tall Buildings and Urban Habitat (CTBUH), 9 of the 20 tallest buildings currently under construction in the world are located in China, which is now leading the way in the development of supertall buildings.

China's ascendancy represents a fundamental shift in the construction of supertall buildings. 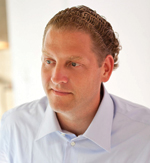 Timothy Johnson, chairman of the CTBUH

"China is dealing with the issues and challenges of developing urban environments on a massive scale," said Timothy Johnson, chairman of the CTBUH and a partner in NBBJ.

China's growth and the complexities of developing its cities will be key topics of discussion during the Council on Tall Buildings and Urban Habitat 9th World Congress in Shanghai, 19-21 September, at the Grand Hyatt Jin Mao.

The surge in tall building developments in China have drawn criticism recently, with some charging that the buildings are too big and too expensive. A recent newspaper editorial referred to skyscrapers as "white elephants."

Many of the sessions during the CTBUH Congress will focus on the question of "Why tall?" and the issues in developing sustainable and efficient towers for China's modern cities.

"The Congress will provide a forum for developers and designers to trade ideas and best practices," Mr. Johnson said. "The key is developing well-designed projects that are environmentally sensitive and serve the needs of the city."

The volume and height of tall building development in China is unprecedented. In 1990 there were five buildings taller than 200 meters in China; by the end of 2012 there will be 249.

The list of towers under development includes the 660-meter Ping An Finance Center, which will be the second tallest building in the world when it is completed, most likely in 2015, and the 632-meter Shanghai Tower.