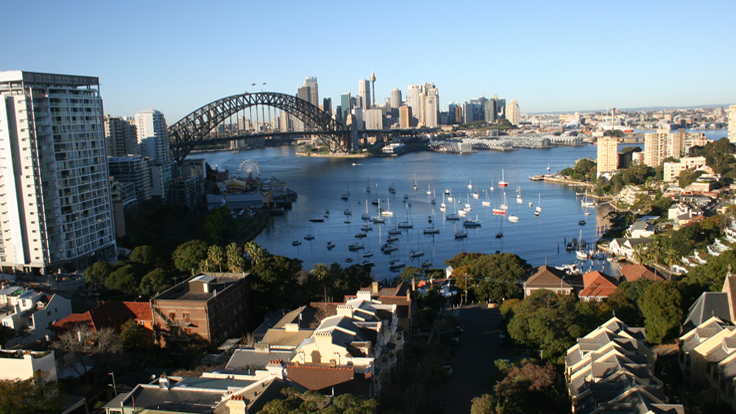 Australia Home Prices Up Most Since 2010


Housing prices in Australia's eight major cities increased 2.4 percent in the second quarter, the highest jump in over three years.

The increase was led by Perth, Darwin and Sydney, according to the price index of established homes released by the statistics bureau.

Prices were up 5.1 percent from last year. Out of the eight capital cities, Perth reported the highest year-over-year increase at 11 percent, followed by Darwin at 7.7 percent and Sydney with 6.1 percent, the government data showed.

The three-month increase comes after a revised 0.8 gain for the first three months of the year, and surpasses the expected one percent increase by economists polled by Bloomberg.

The quarterly number placed the index at the highest level since March 2002, according to Bloomberg.

Simultaneous to the housing price announcement, the Reserve Bank of Australia announced another cut to its benchmark interest rate to a record-low 2.5 percent. The latest cut is part of an easing cycle dating back to November 2011 as the bank seeks to rebalance the economy as the mining investment boom fades. Experts believe the cuts have boosted housing demand.

"This is further confirmation that the housing market is starting to stir," Matthew Hassan, senior economist at Westpac Banking Corp., told Bloomberg. "Lower interest rates have been the key catalyst, with the improvement in June, July and August coming after the last interest rate cut in May."

The National Australia Bank was the first of the four major banks to announce a 25 basis-point cut in mortgage rates to 5.88 percent, according to Reuters.