The level of housing-sale transactions in China has slowed dramatically, and along with more muted home-price gains will be a hot topic with a major policy meeting set to get under way in China on March 5.

The market has also been watching policy in Hong Kong, where Finance Secretary John Tsang delivered his budget on February 26. With the property market at its slowest in almost a quarter of a century, there were no new policy measures, unlike last year, when stamp duty was doubled a week before the budget speech. But some observers say that if prices slow substantially, the government will begin to lift some of its harshest curbs.

The mainland's legislature, the National People's Congress (NPC), will get together from March 5 through March 13, and housing prices are sure to be one of the main points of contention. The government has vowed to bring affordability under control, worried high prices will lead to civil strife, and with prices up more than 20 percent year on year in cities such as Beijing, Shanghai, Guangzhou and Shenzhen.

Prices of new homes rose 0.54 percent in the 100 cities tracked by the China Index Academy, hitting 10,960 yuan per square meter. That marked the 21st straight gain, but did represent a slowdown in month-on-month growth from a 0.63 percent increase in January and 0.7 percent in December.

In its bid to push through reforms, China's leaders have shown themselves willing to accept slower economic growth for the country. Société Générale's China economist Wei Yao says she expects the NPC to confirm a slower target for GDP growth, down as low as 7 percent, from the previous 7.5 percent, although that's not yet enough to lead to any attempt at stimulus.

"We do not expect significant policy easing just yet," she says in a preview of the meeting. "Policymakers are expected to show more tolerance of GDP slowdown ... while focusing on reforms for sustainable growth in the long term."

Although the National People's Congress is viewed as rubber stamping many decisions made by high-ranking members of the Communist Party, it also resolves disputes over long-term policy direction.

Nomura's China watchers say they expect "intensive discussion" of the property market, the slowing rate of urbanization, and local-government debt - which is often associated with property development - but downplay the likelihood of any policy shocks. 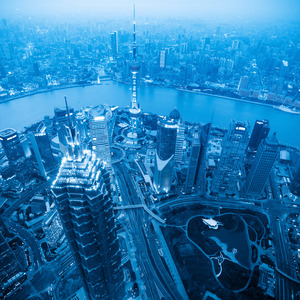 Minister of Finance Lou Jiwei did, however, tell the G20 meeting on Feb. 24 that China will accelerate setting up the legal framework for a property tax, with pilot programs already in place in Shanghai and Chongqing. That will be rolled out nationwide in 2014-15, a team of Nomura economists led by Zhiwei Zhang believe.

Home sales volumes have slowed dramatically in both China and Hong Kong thanks to tougher polices. The volume of transactions for new homes in 25 small mainland Chinese cities was the lowest in six months in January, real-estate agency Centaline Property says. That's largely as a result of tighter credit, with a crackdown on "shadow banking" under way and tougher restrictions on home buying, such as second-home mortgages.

Property stocks in Hong Kong sold off last week after reports that institutions such as Industrial Bank had stopped lending to property developers in China.

Margins of developers that specialize in smaller Chinese cities, such as Hong Kong-listed China Overseas Grand Oceans, are likely to come under pressure given oversupply and thin market depth.

In Hong Kong, Tsang kept his foots off the break in this budget, with the number of properties that changed hands in the city having sunk to a 23-year low last year, with only 50,676 transactions. That was around 60 below the historical average.

Tsang said the government has reduced its long-term target of introducing enough land for sale to allow the development of 20,000 homes. After missing last year's target of 25,800 units by almost one-third, the administration is now being more realistic in its approach, Colliers research specialists Simon Lo and Joanne Lee say in response to the budget. But it is still stressing a desire to get new-home sales back to a more-normal pace.

The volume of sales will rebound by more than 25 percent this year, the analysts forecast, with buyers encouraged by discounts and sales incentives from developers on new homes. End users who were sitting on the sidelines last year are likely to come back into the market because of those factors, Lo and Lee feel.

If prices fall substantially, with secondary market sellers following the lead of developers, the government would remove restrictions such as a 15 percent tax on corporate buyers and individual buyers who aren't permanent residents of Hong Kong, the Colliers team believes.