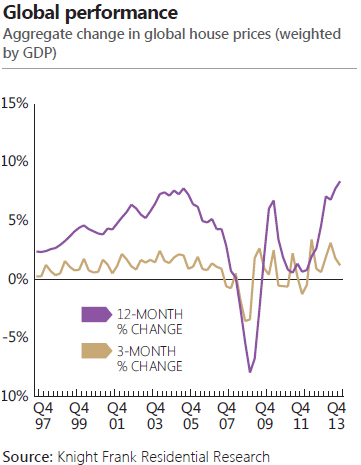 Mainstream home prices increased by the greatest margin in the markets of Dubai, China and Taiwan, where prices grew by 35 percent, 28 percent and 15 percent, respectively.

Dubai's property market is recovering after having fallen dramatically during the collapse. However, it still has room for further growth.

The improving job market and the continuation of low interest rates in Europe and the U.S. are fueling buyer confidence, the report shows. 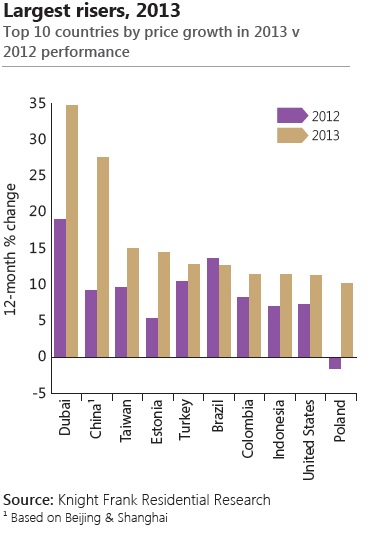 The lower end of the home price growth spectrum is dominated by Europe. However, the rate of price decline is slowing in countries such as Spain, France and the Netherlands, Knight Frank reports.

The weakest markets in 2013 were Ukraine, Croatia and Greece, ending the year with home prices 26 percent, 14 percent and 9 percent lower respectively due to political tension and economic stagnation.

The new report highlights the recovery of the most embattled global housing markets. Prices in Ireland, one of the hardest hit during the down turn, have rebounded, with the market now listed at 19th on the home price growth index, higher than Germany, Austria and Switzerland.

"Prices in Ireland, the U.S., and the U.K. rebounded in 2013," the report states. "The speed with which stimulus measures are withdrawn (QE tapering), the ramping up, or down, of cooling measures in Asia and the repercussions of the political crisis in the Ukraine are likely to be the key determinants of the index results during the remainder of 2014." 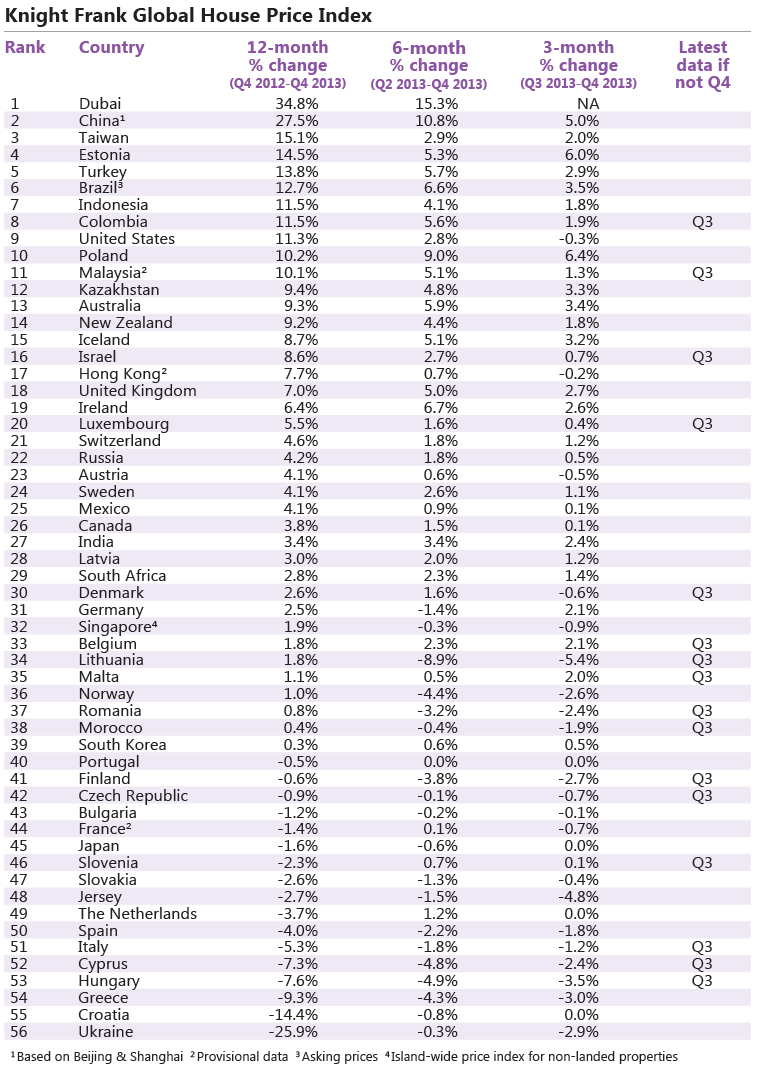