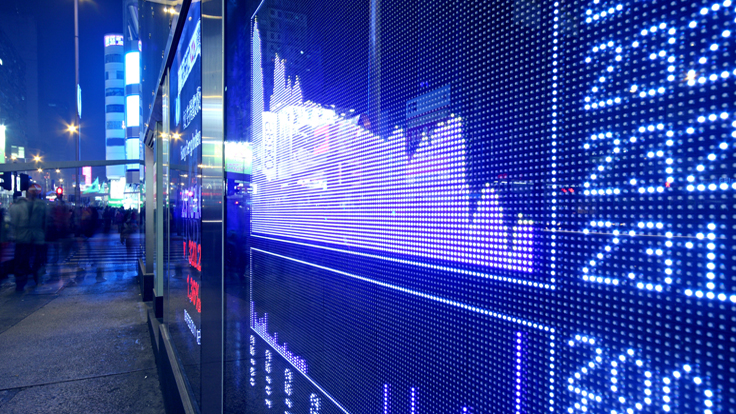 
Hong Kong property stocks face a tough year ahead, thanks to the challenging conditions for the office, retail and residential markets. Developers are likely to find more positive market conditions in Tokyo and the major mainland Chinese cities, suggesting investors will likely find greater joy with listed companies that operate in those markets or that have a diversified Asian portfolio.

Hong Kong landlords and real estate investment trusts will underperform the broader stock market in 2014, Macquarie analyst Kai Tan says in a December 23 report. Rents have fallen 17 percent over the last seven quarters, he explains, although since the normal length of a downturn is two years, Tan anticipates that landlords are now seeing rental rates bottom out. He slashed his rental-growth forecast by 4.5 percentage points, to 3 percent, for 2014.

Office rents are "stagnant," Tan notes. Thanks to declines in the value of the investment property that Hong Kong developers hold, many have downside risks of more than 30 percent, he believes, including Fortune REIT, Yuexiu REIT, Sunlight REIT and Hui Xian REIT.

Developers such as Wharf, Hysan Development and Swire Properties all have a downside risk of at least 15 percent, Macquarie predicts. The outlook is only positive for Hongkong Land, with a 6.4 percent upside from the best portfolio of high end office space in Hong Kong, and Hang Lung Properties, with an upside of 1.9 percent. Both have seen their stock prices slump to well below their long-term averages.

Many Hong Kong property stocks have diversified into retail space with shopping mall holdings, a sector that has been buoyed by a boom in the number of mainland Chinese shoppers visiting Hong Kong. But retail sales are moderating, as retailers become more conservative and unwilling to pay world-record rents for top-flight space. They have been taking up more store space in suburban locations, looking to sell daily staples and mid-range clothing.

Hong Kong's prime retail rents are the highest in the world, according to CBRE, at $4,333 per square foot per year. But a crackdown on corruption and overspending by the central government in mainland China has led to slack demand for fancy watches and jewelry, previously bought as gifts by many Chinese visitors to Hong Kong.

Investment banks have also been on the defensive, and demand for high-end office space has slumped. Most of the rental activity has been at the lower end of the market. Only Wan Chai and Causeway Bay have seen much in the way of new rental contracts, as companies retreat from the world-record rents in Central, Hong Kong's equivalent of Wall Street, and opt for secondary locations.

Demand for office space in Hong Kong's main office districts has slumped all year. The amount of space taken up in 2013, at 400,000 square feet, is the lowest level in a decade, lower even than the dropoff caused by the global financial crisis. You have to go back before SARS and the recession of 2003 to find a slower rate of takeup.

The net effective rent for space in Central, Hong Kong's equivalent of Wall Street, has fallen 23 percent, to HK$96.90 ($12.38) per month, from HK$125.7 near the start of 2012, according to Cushman & Wakefield, when rents peaked at a very similar rate to their all-time high set in late 2008, before the financial tsunami.

Hong Kong lies virtually at the bottom of the pile in terms of the amount of office space being taken up by tenants, with only 200,000 square feet likely to be absorbed next year. Only Auckland and Brisbane, at 100,000 square feet, are expected to see less new space eaten up in the market.

Tokyo lies at the other end of the scale, with Abenomics creating increased optimism and a stable economy and increased exports infusing optimism among the country's manufacturers. The Japanese capital is set to absorb 7.6 million square feet of office space next year, Cushman & Wakefield predicts.

The Chinese cities of Guangzhou, Shanghai, Shenzhen and Chengdu all rank in the top 10 most active markets in Asia in terms of new space absorption. That suggests that developers with diversified portfolios in Asia, particularly China, will be better positioned than companies that rely on one market such as Hong Kong or Singapore.
However, for investors who must have an Asian property component, it is likely stocks such as the Link REIT, which owns a portfolio of suburban Hong Kong malls and parking lots, is a better defensive play than listed developers or REITs that also develop or hold residential property. Hong Kong residential real estate is overvalued by 30 to 40 percent, the Royal Institute of Chartered Surveyors said in a December 18 report.