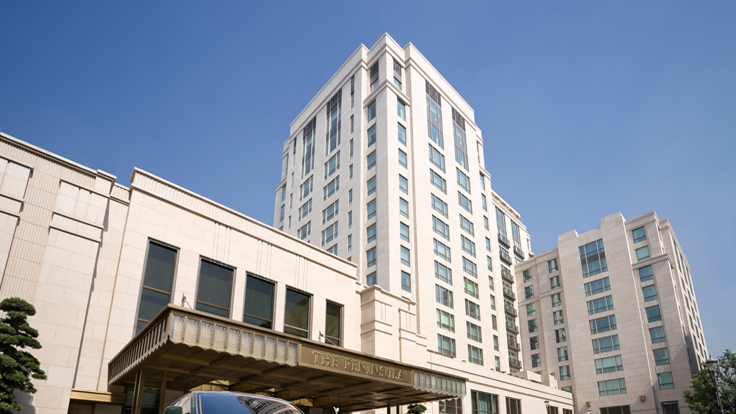 
One of Asia's most storied hotel companies is offering its first residential real estate.

The operators of the Peninsula, the grande dame of Hong Kong hotels, have put the Peninsula Residences in Shanghai on the market.

Hongkong and Shanghai Hotels Ltd., which was founded in 1866, is selling 39 apartments next to the Peninsula Hotel in Shanghai, in the city's most historic district, the Bund, along the Huangpu River.

The development comes at a tricky time for the Shanghai hotel market, where the average daily room rate fell 8 percent last year, before stabilizing in 2013. The Grand Kempinski, Ritz-Carlton and Four Seasons all recently opened hotels in the city, bringing the total number of five-star rooms to 25,619, second only to Beijing, according to figures from Knight Frank, a figure that's up 36 percent from 2010.

The city is suffering something of a hangover after the 2010 Shanghai World Expo, which saw 17 five-star hotels added in 2011 and 2012 alone. Visitor arrivals were down 10 percent last year, to 3.6 million.

Despite that tough environment, the Peninsula apartments are pitched at the very high end of the Shanghai market.

After a shaky start to the year, property prices in China have risen since April, with Shanghai up 15 percent in August compared with last year. Chinese leaders have toned down their rhetoric on taming price growth since taking office in March, with Xi Jinping having implemented no new measures on housing, focusing instead on structural reform.

Asia is awash with branded vacation property, from chains such as the W hotels, St. Regis, Banyan Tree and Shangri-La. One question mark that always hangs over such properties is how long the chain is committed to managing the private real estate, given that such chains hardly ever own the hotels they manage anymore. They instead operate on long-term management contracts and can withdraw their brand name at the end of those.

But the Peninsula Residences differ in that these are city-center apartments, and managed by a hotel operator with one of the longest track records in Asia. It owns four of its nine hotels outright and has a 50 percent stake in its Shanghai property.

The Peninsula in Hong Kong is well known for its fleet of Rolls-Royce sedans, which pick up any guests staying in one of the hotel's suites. The hotel was founded by the Iranian-Jewish Kadoorie family in 1928 as the "finest hotel east of Suez." The Kadoories, who still own the hotel, also control one of Hong Kong's two power companies, which has been expanding in mainland China.

Though reclaimed land has robbed of its position right on the Kowloon waterfront, it still has pride of place in Tsim Sha Tsui, a stone's throw from Victoria Harbor and the Star Ferry.

It is telling that the Peninsula has chosen mainland China for its first private real estate offering, with the company clearly targeting the country's growing legion of millionaires and billionaires, as well as high-powered executives sent to Shanghai by multinationals.

It is likely that the domestic market will show the strongest demand. Multinationals are cautious about hiring as China's grow slows and given the uncertain global recovery. With new units coming on the market, the vacancy rate for serviced apartments rose by two percentage points in the second quarter, to 13.4 percent. 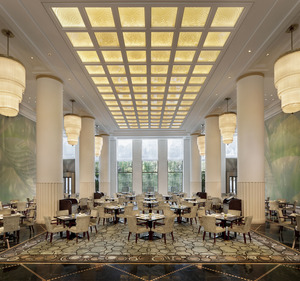 The Peninsula Shanghai is new - it opened in 2009 - but at the end of a string of 1920s and 1930s buildings built on the former Shanghai international settlement, where international companies were allowed to set up shop and trade with Chinese merchants.

The hotel and new flats have the Peace Hotel, the Customs House and la Banque de L'Indochine as near neighbors.

The apartments, which come furnished, are modeled in an art deco style by the French designer Pierre Yves-Rochon, with white Carrara marble in the bathrooms and plenty of mahogany and ebony in the tables and fixtures, offset by the Peninsula's traditional cream colour in the carpets and sofas.

The company, which has Peninsula hotels in New York, Chicago, Los Angeles, Tokyo, Beijing and Bangkok, said it intends to expand with residential property in other destinations such as the Chinese capital and the United States.