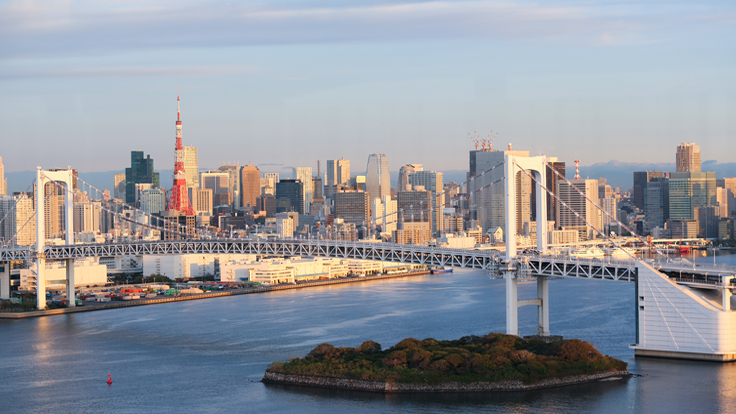 
Several cities that would be regarded by many as underdogs look set to excel in terms of home-price growth over the rest of this decade.

Tokyo has the best prospects for residential returns in the next five years, according to Real Estate Foresight, an independent property research company based in Hong Kong.

It is followed by some smaller cities such as Washington and Frankfurt, with Sydney and Berlin rounding out the top five slots.

While it is unusual to see such secondary or out-of-favor markets (bar Sydney, a perennial favorite) feature so highly in terms of property prospects, it is even more surprising to see which cities fall at the bottom of the pack.

Hong Kong, Singapore and London are set to post the poorest performance over the next five years, according to the company's research. Real Estate Foresight founder and former global head of real estate markets at Reuters Robert Ciemniak calls Hong Kong the "place we love to live in," but notes that it looks doomed to low returns not only thanks to its very high prices but also its low median incomes, short leaseholds and current negative regulatory environment.

The selection of Tokyo as a strong performer matches the predictions of many institutional investors, who might not pick the city as their top choice but generally regard it as a stable selection that is likely to see its property prices buoyed by the strong performance of Japanese stock markets and optimism over Prime Minister Shinzo Abe's economic policies.

Borrowing costs in Japan remain at virtually zero, leaving an attractive gap compared with yields that run at an average of six percent in a neighborhood such as Minato-ku, according to the property site Homes. Minato is home to some 49 embassies and the headquarters of Japanese flagship companies such as Honda, Sony and Toshiba.

"The main strengths for Tokyo as a city are relatively low valuations and vacancies combined with high median household income and the large size of its metropolitan economy," the company's researchers, Ciemniak and Green Investments portfolio manager Diana Olteanu-Veerman find.

The Japanese capital also has a stable regulatory environment, high number of rich people and a healthy working-age population, despite concern over long-term economic prospects and its aging demographics. Economic growth doesn't match Asia's turbo-charged cities but is on a par with big cities in Europe and the United States.

New York and Paris are in the middle of the pack in terms of residential outlook, while Shanghai and Beijing fall in the bottom half.

As we move into 2014, property investors will have to begin factoring in the long-term certainty of the withdrawal of heavy central-bank money printing, which has fueled the growth of many kinds of assets, including real estate. That has been especially true in places such as Hong Kong and Singapore, which saw little impact from the global financial crisis but have imported low U.S. interest rates thanks to currencies managed to follow the U.S. dollar. That has meant mortgages and borrowing costs for home purchases have been extremely attractive.

Of course, the exception to the decline in central bank support is Japan, where Abe and the Bank of Japan have just embarked on an ambitious overhaul and asset-purchase plan designed to end more than two decades of economic stagnation.

After posting losses of around five percent last year, Singapore real estate looks set to fall another five percent or so in 2014, with Hong Kong homes declining five to 10 percent, Knight Frank notes in its prime global residential forecast for 2014.

Investment banks have been much more bearish than that property brokerage, which of course relies on property transactions for its income. Deutsche Bank predicts a decline of 15 to 20 percent in a year for Hong Kong residential property, with Barclays going so far as to predict a 30 percent plunge.

Knight Frank predicts that Dubai, a city hammered so hard in the fallout of the global financial crisis that expatriates fled in droves, posting keys to apartments to brokers before fleeing and leaving leased cars at the airport, will be this year's best performer, up some 10 to 15 percent. Dubai was not evaluated in the Real Estate Foresight report.