Hotel investment volumes in Asia totaled $7.5 billion at the end of 2013, increasing a staggering 218 percent from the previous year, defying expectations.

Last year represented the strongest year in the wake of the global financial crisis in 2007, when transaction volumes totaled $10.3 billion, according to JLL's Hotels & Hospitality Group.

"Strong investor sentiment and, importantly, the availability of quality hotel assets were key reasons behind Asia's impressive sales volume in 2013 which was hindered only by the availability of additional stock as many owners increasingly hold off selling assets in anticipation of further market growth," Mike Batchelor, managing director Investment Sales, Hotels & Hospitality, JLL said in the report.

The region's hotel investments were led by Singapore, Japan and mainland China in 2013, with Japan's overall investment at $2.7 billion, increasing 480 percent from 2012.

Transaction volumes for Singapore's hotel market reached $2.0 billion in 2013, more than 10 times what was recorded in 2012. Volumes were predominantly led by the sale of Grand Park Orchard hotel and Knightsbridge retail, the city's largest single asset transaction to date, JLL reports. 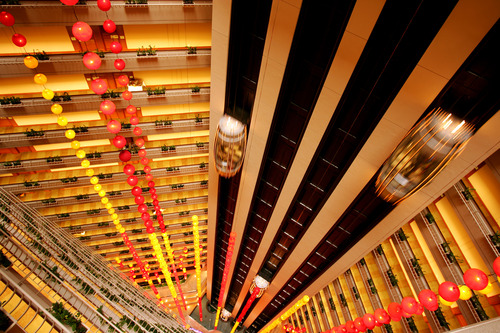 Coming in third, China accounted for approximately 13 percent of total investment activity, recording $1.1 billion in transactions, as investor confidence grew in the second half of the year due to improved access to financing from the government.

"Mature hotel markets such as Singapore continue to be governed by well capitalized, inter-generational investors and as stock becomes increasingly limited, investors are now starting to look further afield once again at new and emerging markets in the region in the search for greater yield and capital growth opportunities," Mr. Batchelor said.

Other markets witnessed strong growth due to improved connectivity and improved outbound travel from mainland China, including Hong Kong ($486.7 million, up 19 percent year-over-year), Thailand ($337.0 million, up 31percent) and the Maldives, which recorded $267.6 million in transaction volumes over the year, up a whopping 614 percent from 2012.

The firm expects continued investment in Asia's hotel sector in 2014, although with more moderate volumes due to fewer landmark transactions and portfolio deals in key gateway locations.

"Japan, Indochina and the Indian Ocean may account for the majority of transaction volumes in 2014," Frank Sorgiovanni, vice president, Research & Strategic Advisory, Hotels & Hospitality, JLL, said in the report. "Investors are gradually considering emerging hotel markets such as Myanmar and Sri Lanka where deals will be opportunistic.  The Singapore and Mainland China markets will also remain strong on the back of robust investor appetite."