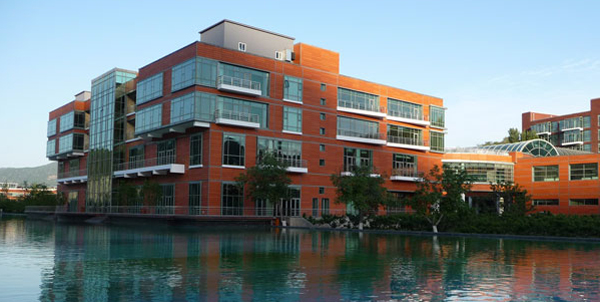 According to STR Global, the Chinese hotel market's performance has remained positive year-to-November, with revenue per available room (RevPAR) growing 2.8 percent compared with the previous year.

Tracking more than 315,000 daily rooms across China and reporting on 22 cities, STR Global analyzed the performance of the burgeoning secondary cities--cities  with less than 10 million inhabitants. Most of the reviewed cities reported higher RevPAR growth YTD than the national average. China's secondary cities, not including Beijing, Shanghai and Hong Kong, are of more strategic importance to hotel developers and operators as governmental policies are encouraging the development of export trade centers in technology and manufacturing in those provinces. 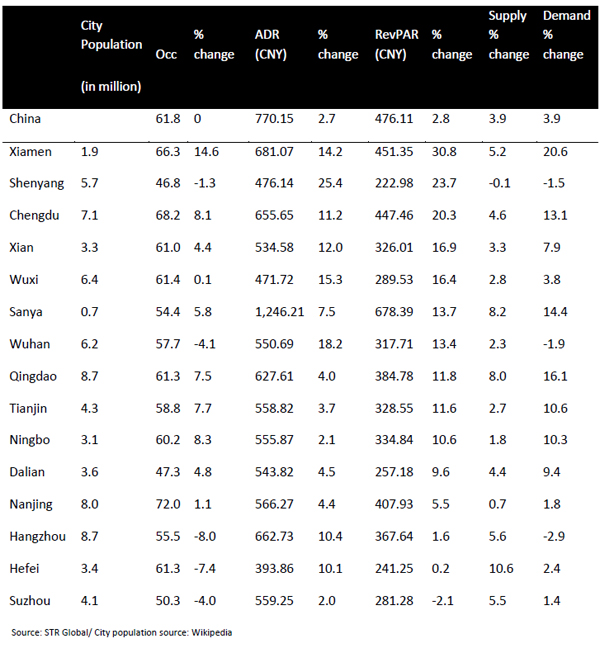 Limited new supply and strong demand growth boosted RevPAR in the cities of Xiamen (+30.8 percent), in southeast China, and in Chengdu (+20.3 percent), located in southwest China, both of which are considered important financial and economic centers.

Wuhan, located in the central province of Hubei and known for its car and steel manufacturers, experienced a shortfall in occupancy (-4.1 percent), whilst ADR grew 18.2 percent contributing to RevPAR growth (+13.4 percent).

Destinations with a more balanced mix of visitors such as Hangzhou, a UNESCO world heritage city, saw occupancy decline 8.0 percent YTD compared to the previous year. The decline was the result of additional room supply (+5.6 percent) and increased ADR (+10.4 percent).

Located only 45 minutes by train from Shanghai, Suzhou, also named the "Venice of the East" for its historical canals and temples, saw occupancy decrease by 4.0 percent whilst ADR and room supply grew by 2.0 percent and 5.5 percent, respectively. 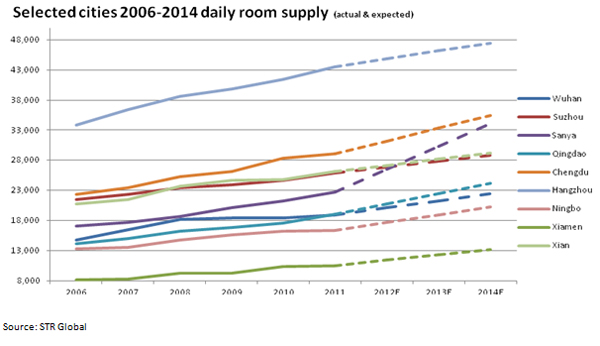 Hotel supply growth from city to city is supported by an expanding real estate market and a growing regional economy. The pipeline until 2014, shown in the graph above, indicates that supply growth will increase across all the secondary cities with Sanya (+50.1 percent) and Xiamen (+25.9 percent) leading the market growth. Suzhou (+11.3 percent), Xian (+12.0 percent) and Hangzhou (+9.0 percent), despite experiencing lower growth, will remain buoyant with new hotel openings, as international brands venture farther away from larger hubs.

"Hotel development by international and regional hotel chains over recent years has focused more and more on secondary cities across China", said Elizabeth Randall, managing director for STR Global. "This development reflects the growing importance of these markets as economic centers and demand generators for inbound and outbound visitors. In 10 out of 15 cities, demand grew at higher rates than supply; however, the right balance between supply and demand will be crucial to the future success of hotels in these markets".