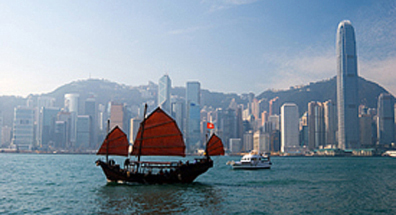 According to STR Global, hotel performance in Hong Kong is in a healthy state. Year-on-year growth in revenue per available room (RevPAR) for the year-to-September 2011 is well into double digits at 28 percent. The increase is largely attributable to substantial improvements in average daily rate (ADR) as well as strong growth in occupancy.

Taking a longer-term perspective, hotel RevPAR performance (on a rolling 12-month basis to eliminate the effect of any seasonality) shows that Hong Kong and both its submarkets are now above levels last seen in 1997. 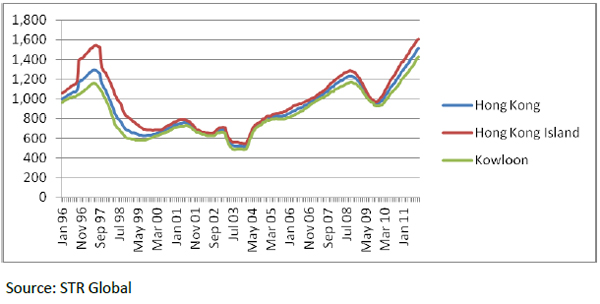 "RevPAR performance in Hong Kong now exceeds the highs of 1997 when Hong Kong moved from being a U.K. colony to a Special Administrative Region of China", said Elizabeth Randall, managing director of STR Global. "The role of Hong Kong as a gateway to China, its continued attraction as a stable international financial centre and the success of the Individual Visitor Scheme, coupled with the current weakness of the HK Dollar to the Renminbi in encouraging visitors from mainland China have all been part of this success story".