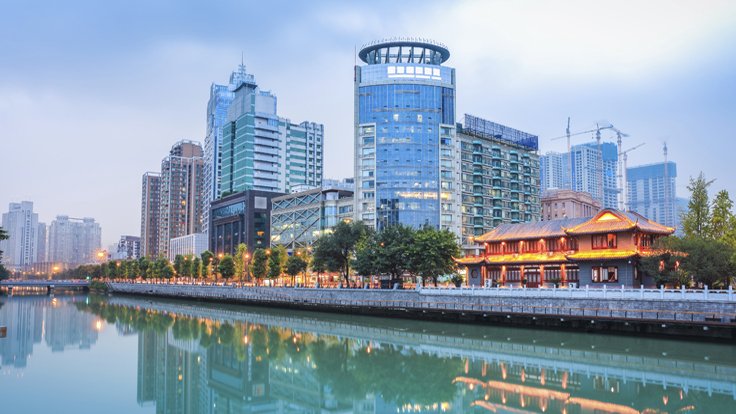 
Despite challenges stemming from China's slowing growth and crackdown on corruption, Marco Polo Hotels has established an aggressive expansion plan in China.

The company will shortly unveil a new hotel brand that will move the chain from its four-star hotel base into the five-star category. It's a gamble at a time that most high-end hotel companies are ramping up their presence in the country.

In China, instead of targeting Shanghai and Beijing, its main focus will be second-tier, smaller cities that it feels are underserved for the growing business and domestic travel crowd.

"We are [a] Chinese company, we are a local company," Eric Waldburger, the president of Marco Polo Hotels, says. "This is our home base."

The expansion will see the company double its portfolio in the next five years. Marco Polo manages the hotels owned by The Wharf (Holdings) Ltd., one of Hong Kong's biggest landlords and developers. Five of the new hotels will be part of broader Wharf developments, including offices, residential blocks and shopping. It hopes that will lead to a somewhat captive audience, with visiting executives staying in the hotel and residents shopping in the mall.

The company will open hotels in Changzhou and Chengdu in China, and Manila in the Philippines, this year. Properties in Wuxi and Tianjin are slated to follow next year, and in Chongqing and Changsha in 2016.

Wharf declined to say how much it was investing in the hotels, or the cost per bed. But it said it had invested at least HK$100 billion ($13 billion) on the mainland over the past five years.

One of the main challenges is Beijing's crackdown on excessive spending by party officials, who often held lavish banquets in high-end hotels and restaurants. That kind of spending is now seeing many officials scrutinized, if not punished, for waste and corruption. Partly as a result of the austerity push, Marco Polo's hotels have seen a decline of around 10 percent.

The company aims to stay competitive in a crowded field not only by targeting smaller, underserved cities but also by opening smaller hotels, around the 200-room range. It also plans, with its five-star brand, to offer more casual, free-wheeling service than more-regimented five-star chains, where many of the staff-guest interactions are essentially scripted, from the hotel point of view.

The five-star hotels are also intended to be trendy. "It is very much a fashion statement that we are going to make with the product," Waldburger says. He is looking to hire staff from various industries who can act natural while dealing with people staying in the hotel. "We want to train the employees from the ground up, without the habits from other employers that we don't like," he adds.

Waldburger took the post in mid-2012 after a career that has involved stints at the Mandarin Oriental, Ritz-Carlton and Harbour Plaza hotels.

Marco Polo has not yet unveiled the brand but plans to do so before mid-year. To build momentum, it hopes to draw people not only for the curiosity factor of a new name but also to entice them with, for instance, lower rates on food and drinks in the restaurants, or cheaper rates.

"The crucial thing is to hit the ground running and to make that brand stick," Waldburger says. "You need to get volume in your outlets. Even if you sell a glass of wine at half price, and it takes you six months to a year to get to where you want to be, that's essential: to make sure you get a crowd."