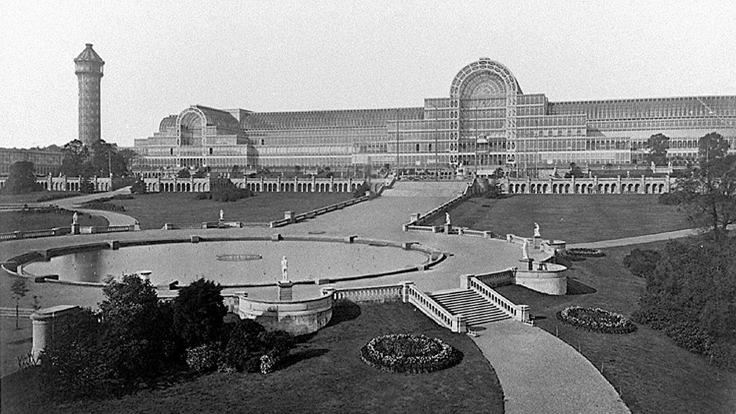 
A Chinese developer plans to bring London's Victorian-era Crystal Palace back to life with an exact replica of the 80,000-square-meter, cast iron and glass building.

The original Crystal Palace was designed by Joseph Paxton to house the Exhibition of 1851, where more than 14,000 exhibitors from around the world displayed the latest technology developed in the Industrial Revolution. The original structure was assembled at a cost of £150,000 (equivalent to £13 million today), according to The Guardian. After the exhibition, the building was relocated from London's Hyde Park to south-east London in 1854. It remained there until 1936 when it was destroyed by fire.

Now Shanghai-based developer ZhongRong Holdings has proposed regenerating the building with public space for exhibitions and events, as well as retail space and cafes.

"Discussions between all parties remain at a very early feasibility stage but the plans do not include any residential development," a spokesperson for the Mayor of London told BD Online. "Any fully formed proposal would of course be presented to the public for comment in order to build a consensus on the way forward."

It won't be easy for ZhongRog to accomplish its goals. In 1990 an Act of Parliament specified any new building on the site "must be in the spirit of Paxton's original building." Since then, plans for the site have been unsuccessful. In 2008, German landscape firm Latz and Partner was granted a £67 million planning permission which included a new sports center and 180 apartment. But critics opposed the proposal's residential component.

The Chinese developer is in talks with Bromley Council and the mayor's office regarding the replica proposal for the Crystal Palace, which garnered its name because of the large amount of glass in the building, which was made possible by the invention of the cast plate glass method in 1848.

Owned by Chinese billionaire Ni Zhaoxing, ZhongRong Holdings is working with Arup, known for its design work of the Sydney Opera House, Centre Pompidou in Paris and the 2008 Beijing Olympics.