According to a new report by Cushman & Wakefield's Corporate Finance team, European real estate loan sales have started off 2014 at a frenetic pace as loan volumes have already hit 98 percent of all of 2013 totals.

The uplift in the forecast - from â¬40 billion at the beginning of the year - follows a highly active start to 2014 which has seen investor interest continue to grow and spread further across Europe.

With sales from Irish Bank Resolution Corporation (IBRC in Special Liquidation) flooding the headlines, activity in the CRE loan sales market in Q1 2014 was at its highest level since the start of structured bank deleveraging. 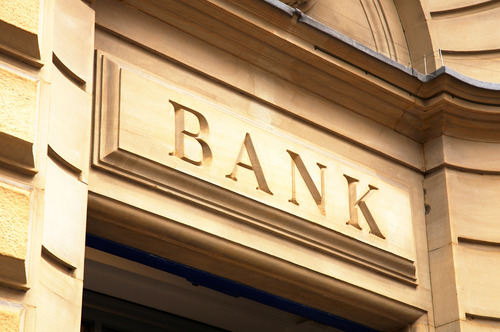 Furthermore, with a pipeline of â¬23.4 billion in live sales, annual volumes are set to significantly surpass previous years.  Once again, activity in the UK and Ireland continues to lead the way, accounting for almost 72% of all closed sales in 2014 YTD.

Federico Montero, a partner in Cushman & Wakefield's EMEA Corporate Finance team said, "The European real estate loan sale market could reach its peak in 2014 as activity soared in the first few months of this year - we won't see a quarter like this for quite some time."

The momentous rise in the loan portfolio market is mainly due to several large transactions from IBRC in Special Liquidation which were being prepared in Q3/4 2013 and completed in Q1 2014. Overall, the vendor has managed to sell around â¬19 billion of the â¬21 billion of loans originally put up for sale, a far greater total than would have been anticipated at this point in time.

Montero added, "The speed at which the processes were concluded is a clear message that investor appetite is at an all-time high, with plenty of capital still to deploy."

Those deals with a face value over â¬1 billion - or 'mega-deals' - have once again attracted all the big players that have been active in the market over the last three years. C&W Corporate Finance has recorded 38 transactions YTD showing that the average outstanding principal balance of these deals was â¬784 million, highlighting the scale of the offerings and well above the deal average reported in the European Loan Sales Market report (February 2014) of â¬360 million for 2013.

With such large portfolio sizes, it has been very difficult for mid-sized investors to get involved in the sales processes and the large US private equity firms have been left to fight it out amongst each other. In fact, larger firms seem to be increasingly dominant and are winning more deals than ever before. As many of these firms continue to raise capital, such as Blackstone raising a â¬5 billion European real estate fund and Kennedy Wilson's Â£1 billion IPO, investor demand is likely to remain high for the foreseeable future.

There are several rationales behind these potential 'mega-deal premiums'. Firstly, it is estimated that investors have around â¬100 billion to â¬125 billion of capital to deploy in Europe in the upcoming years, and are therefore eager to win these mega sales processes. This increased competition has resulted in an upward pressure on the underwriting in order to not be left disappointed. The offerings also present an opportunity to build large portfolios in one transaction, thereby saving on the costs and time associated with participating in several smaller sales. Finally, many of these larger sales may be a key opportunity for investors to gain their required exposures to certain locations and asset classes, for example Project Octopus.

As with 2013, the vendor landscape in 2014 is still dominated by deleveraging banks and asset management agencies ('bad banks'), the latter accounting for 71% of the total closed volume YTD. With IBRC in Special Liquidation completing several large disposals, any remaining loans will be expected to be transferred to NAMA later in the year, ensuring that asset management agencies continue to play a crucial role in the loan sales market.

It is also anticipated that there will be increased activity from RBS which recently announced its creation of an internal 'bad bank' or so called RBS Capital Resolution Group, which will look to dispose of c. Â£10 billion to Â£11 billion of non-core CRE loans in the next three years. With Permanent TSB also revealing plans to dispose of just short of â¬10 billion in real estate loans in the near future, there should be plenty opportunities for investors to deploy their wealth of capital.

Closed transaction volumes have been dominated by the UK and Ireland so far in 2014, but C&W Corporate Finance expects activity levels in Spain, Germany, the Netherlands and Italy to increase dramatically throughout the year. The Netherlands has seen several distressed sales, and further activity is anticipated following the completion of the asset quality review exercise and the establishment of Propertize, the Dutch asset management agency. Whilst Italian banks have yet to bring substantial CRE loans to the market, investor interest has been high for their unsecured debt. UniCredit recently announced deleveraging plans of â¬55 billion in non-core asset over the next five years, and with many other Italian banks likely to follow suit, investors will be eager to take advantage of the awaited opportunities.

Investors continue to grow their presence in Spain, with Blackstone's recent purchase of Catalunya Banc's real estate servicing unit a further indication of the eagerness surrounding an anticipated increase in activity levels. The purchase is also significant as it is the first servicing platform that Blackstone has bought in Spain, adding the investor to the long list of big players with teams on the ground in Spain raring to go, i.e. Centerbridge, Apollo, Kennedy Wilson / Varde, TPG, Cerberus and others.  Project Octopus will also have a noticeable impact on the Spanish market; not only will it boost transaction volumes, but it is expected that several secondary trades will immediately follow the closing of the sale.

Montero concluded, "The â¬29.8 billion of closed transactions which have taken place so far this year are made up of the usual sellers and purchasers - but big name investors are becoming more dominant than ever.  We are tracking a further â¬23.4 billion in live sales, which means that opportunities will continue to flow from vendors and record volumes of near â¬50 billion will be witnessed in 2014."