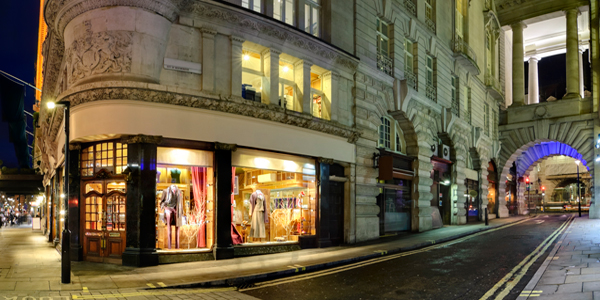 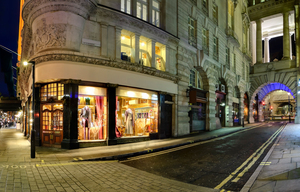 Preliminary analysis suggests that direct investment in retail real estate for the quarter is likely to be in the region of €3.8bn, representing a significant decrease on total volumes in Q1 2011 and Q4 2012 of €9.9bn and €8.4bn respectively. The quarter was characterized by a lack of large transactions, which boosted volumes in Q1 2011 (which saw five transactions over €500m, including the €1.8bn Trafford Centre) and Q4 2011 (which included the sale of the €824m Galleria in St Petersburg).

Despite volumes being down across the board, geographically the majority of activity remains focused on Germany and the UK. Allianz's purchase of the remaining 45% stake in Europa Passage in Hamburg from HSH Nordbank for around €200m was the major transaction in the German market. The largest shopping centre deal in the UK market was the purchase of Ocean Terminal in Edinburgh by Resolution from Forth Ports (advised by Jones Lang La Salle) for €108m.

Shelley Matthews, European Retail Capital Markets Director at JLL tells World Property Channel, "A couple of factors are in play. Firstly, the sustained economic pressures are restricting the availability of debt finance, especially for new borrowing, which when combined with narrowing investor requirements, is limiting transactions. Secondly, the uncertainty caused by the on-going Eurozone crisis has slowed down the transaction process in some markets, which in conjunction with the lower levels of deal origination witnessed in the second half of 2011, has resulted in fewer deals reaching completion in Q1 2012.  However, we expect volumes to pick up in Q2 and over the remainder of the year, in particular in Germany, Poland and the Nordics due to more solid fundamentals and a greater depth to the investment market." 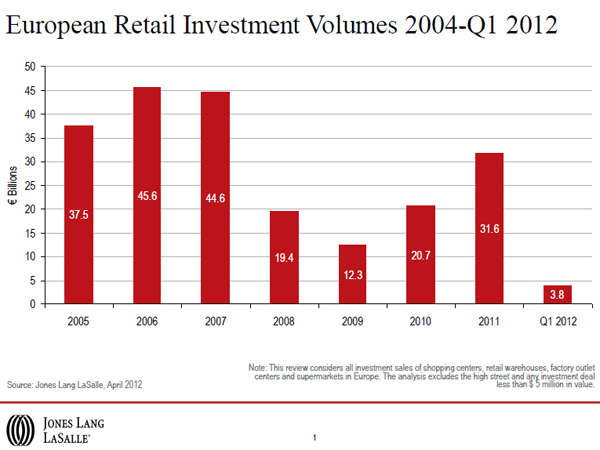