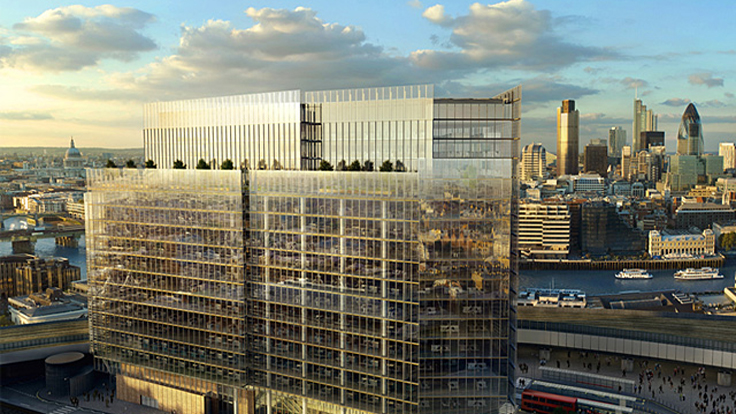 
Media giant News Corp. is moving its entire London operation into new headquarters in the "Baby Shard" next year.

This will be the first time Rupert Murdoch's U.K. operations--including The Sun and The Times newspapers, the Dow Jones wire service and book publisher Harper Collins-will work under one roof.

Mr. Murdoch's recently reorganized News UK will reportedly take over all the 430,000-square-feet of space available in The Place, which is widely known as the "baby Shard." The 17-story office tower is part of the £2 billion Qatari-funded development designed by Renzo Piano, anchored by the Shard, the U.K.'s tallest building. 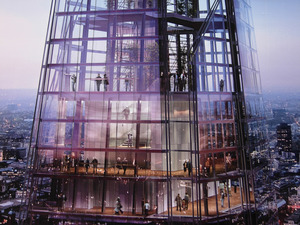 "Our new London location in the vibrant borough of Southwark will allow us to realize one core objective as the new News - to work more closely and creatively, and leverage our collective resources," Robert Thomson, chief executive of News Corp, told The Guardian.

News Corp first announced its departure from London's famed Wapping district last year, when it confirmed the sale of its "Fortress Wapping" site to Berkeley Group for £150 million ($227 million).

"I am delighted that News Corp will be moving to such an iconic location in Southwark - bringing new jobs and opportunities to this part of London,"  Peter John, leader of Southwark Council, told the Guardian.

The News Corp. deal is certainly good news for Shard developer Irvine Sellar. While the observation deck of the landmark 306-meter tower has proven popular with tourists, only about 10 percent of the office space in the Shard has been leased, according to media reports.

"We have signed up a few tenants and are in discussion with a number of others and we will make a decision when we are ready," Mr. Sellar told the Times. "We are taking our time, as we don't just want to fill the Shard up with accountants or lawyers."