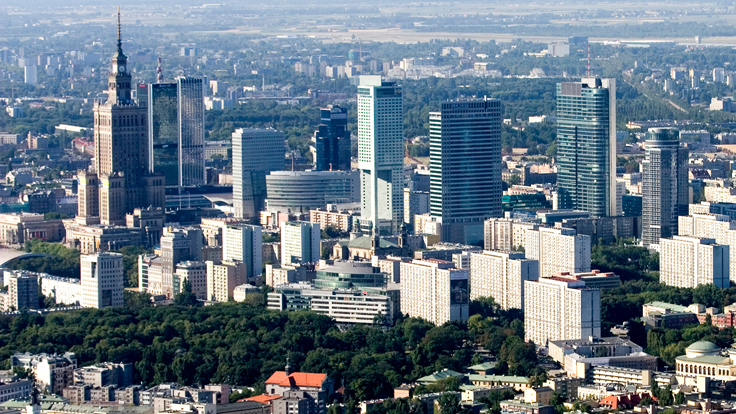 
Investment levels in the Polish real estate market are set to reach a six-year high, as the country attracts more than half of investor interest in the region.

Investment levels were previously spread throughout the central and eastern European region, but has been shifting to center on Poland, Tomasz Trzoslo, managing director for Poland at Jones Lang LaSalle, told CNBC.

"This has changed in the last five years and Poland is now attracting 70 to 80 percent of capital [in the region]," Mr. Trzoslo said. "So this is really the place of activity, that's where the international capital wants to invest."

By the end of September, transaction volumes for Polish commercial real estate reached approximately €2.064 billion, with the third quarter alone accounting for €1.04 billion, according to Jones Lang LaSalle.

The firm expects investment volumes to exceed €3.1 billion by year end, which would be comparable with 2007. The volume of investment would be 15 percent higher than last year.

"It should be stressed that 2013 is also a very good year for the [Polish] retail investment market," Agata Sekuła, head of retail investment, Central Europe, JLL, said in the report. "If investors execute their plans and manage to finalize deals that are scheduled to be concluded in Q4, the total volume of retail transactions may reach €1.7 billion, significantly exceeding 2012's €1.07 billion".

Transactions expected to close in the fourth quarter include Le Palais office building (Warsaw), and in the retail segment - the Charter Hall portfolio (Cracow, Katowice, Wrocław, Szczecin and Gliwice) and Wola Park (Warsaw).

"For the core funds, Poland is a nice diversification place, it is viewed as a positive growth investment environment, but also stable in terms of yield" Mr. Trzoslo told CNBC. "For opportunistic funds, the market does also provide opportunities that perhaps some of the Western European countries don't [offer] today." 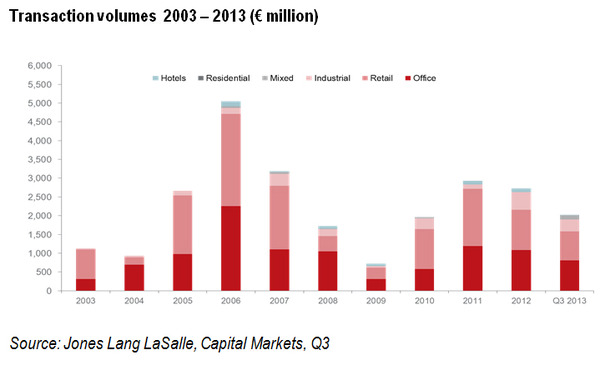