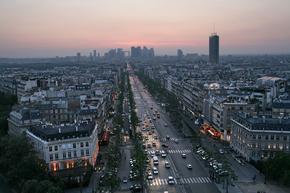 According to the latest report from global real estate advisor CBRE, investors in European retail property continue to focus on quality assets, with a number of major High Street transactions taking place in the second quarter of 2012 (Q2 2012).

The deals highlight the strength of demand for core retail as evidence of weakness in secondary retail segments comes to the fore.

Investment in prime shopping centers has been the focus of demand and a driving force behind retail investment activity in Europe in recent years; however, property investors are also interested in quality product in other retail segments such as High Street assets.

Qatar Investment Authority's purchase of 52-60 Avenue des Champs ElysÃ©es (main tenant Virgin Megastores) for circa â¬500 million and PonteGadea Immobilianria's purchase of Luminar House, Oxford Street (main tenant Zara) for â¬185 million being prime examples of the type of asset that is attracting investors with a strategy of long-term capital preservation. In the latter deal, the vendor - one of Deka's German Open-ended Funds - realized a very strong capital growth since acquiring the property in 2001.

CBRE's Iryna Pylypchuk, Associate Director of EMEA Research says, "European retail investment remains a two-speed market, with quality assets of all types continuing to outperform - a theme we expect to carry into the medium term. The scarcity of core product on the market means that some investors will have to look elsewhere, with core plus and value-add opportunities currently an attractive middle ground due to limited investor competition."

Retail investment activity has slowed in most European markets this year. The Central and Eastern Europe (CEE) and Nordic regions, both seen as retail activity hotspots in previous quarters, declined  compared with both first and the second half of 2011 (H1 and H2 2011).

Russia was the only market to report robust transactional levels in H1 2012, including four large shopping centre deals, three of which concluded in Q2 2012. After a very strong couple of years for retail investment, difficulty in sourcing product has started to impact Germany as well. This was especially the case in Q1 2012, although the market grew to â¬1.8 billion in Q2 2012, putting Germany ahead of the United Kingdom (UK), where circa â¬1.5 billion was transacted.

CBRE's John Welham, Head of European Retail Investment commented, "Prime retail yields generally remain stable, with some exceptions such as Italy and the UK regions, where some upward yield movements have been registered in Q2 2012. There is also evidence of weakening in secondary market segments, with the latest CBRE data showing increases in secondary retail yields across a number of large European markets, including Italy, Netherlands, Sweden and the UK."