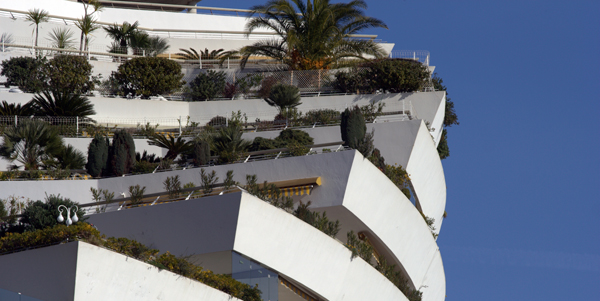 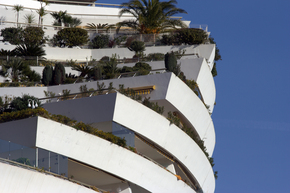 According to Knight Frank's latest Global House Price Index, worldwide home prices recorded their weakest annual performance since the depths of the recession in 2009, recording only 0.9% growth in the year to March 2012. Doubts over the Eurozone's future, coupled with the Asian governments' staunch efforts to cool their markets and deter speculative investment, have taken their toll. Global house prices were static in the first three months of 2012 but it is the first time since Q4 2009 that annual price growth has slipped below 1%.

The weakening sentiment is due to the Eurozone's malaise, the IMF's decision to revise its GDP forecasts downwards and a concern that the global economic recovery is struggling to gain any real traction. According to the IMF global GDP will rise by 3.3% in 2012 (previously 4%) and the Eurozone's GDP will fall by 0.5% in 2012 (previously 1.1% growth).

The uncertainty surrounding the sovereign debt crisis in Europe (see Table 1) and the political paralysis in Greece is influencing trade decisions and consumer confidence worldwide.

There are few signs to boost the confidence of European householders. Unemployment is rising due to cuts in public spending, causing wages and disposable incomes to be depleted, thereby weakening housing demand. On average house prices in Europe remained flat in the year to March 2012. Estonia recorded the strongest growth at 13.9%, Ireland the weakest at -16.3%. 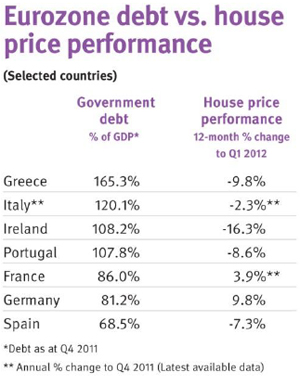 The Asian tiger now resembles something of a domestic cat as far as house prices are concerned, mainly to government efforts to cool price inflation. The region saw average annual price growth exceed 16% in Q1 2010but two years later this figure is closer to 2%. The region's growth still exceeds the global average but the margins have shrunk considerably.

Nicholas Holt, Knight Frank's Director of Research in Asia tells World Property Channel, "The Chinese housing market has had a tough 12 months as developers and purchasers alike have had bank finance squeezed as a consequence of the on-going cooling measures. Lending restrictions, new taxes, the curbing of multiple property purchases, and new regulations to restrict the inward flow of hot foreign money have had the desired effect."

The next three to six months will be critical for global housing markets. If discontent in Spain and Greece can be appeased and France and Germany agree on a firm path of growth-promoting policies, the crisis could ease.  Either way, it will be 2013 and possibly the latter half - before the index starts to strengthen. 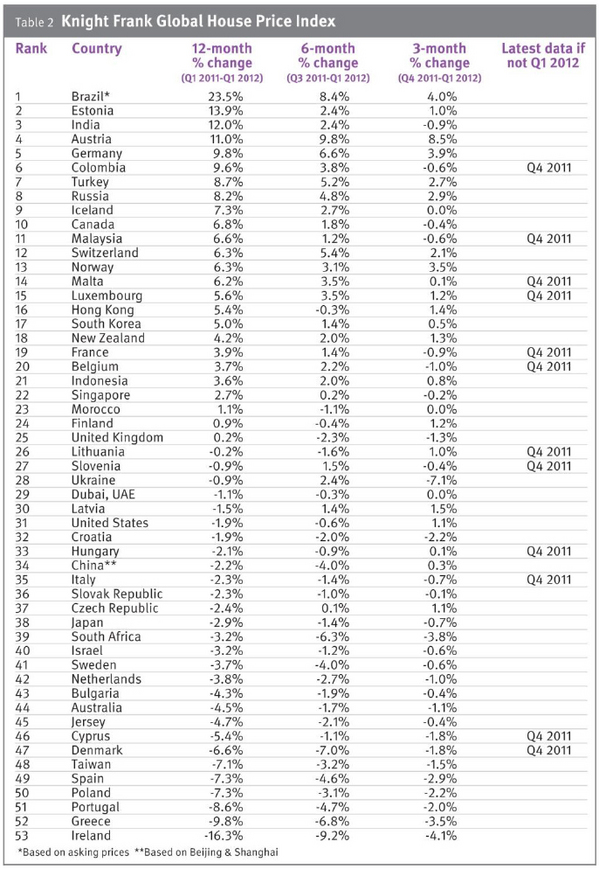