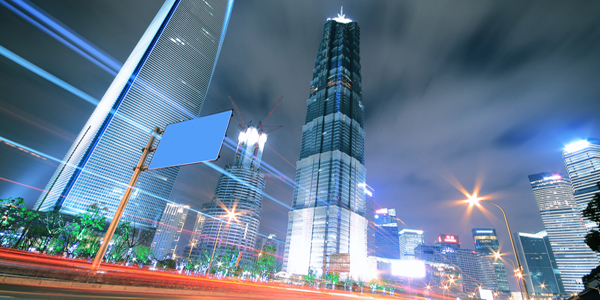 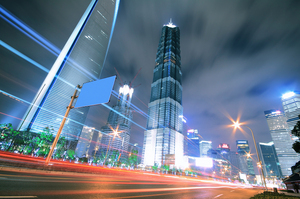 According to London-based Knight Frank's latest Global House Price Index (GHPI), which tracks the performance of mainstream house prices worldwide, rose by just 0.5% in 2011 and recorded a 0.3% fall in the final quarter of the year.

The Q4 results represent the index's weakest quarterly performance since Q2, 2009. This suggests that a return to significant house price growth around the world is some way off yet. 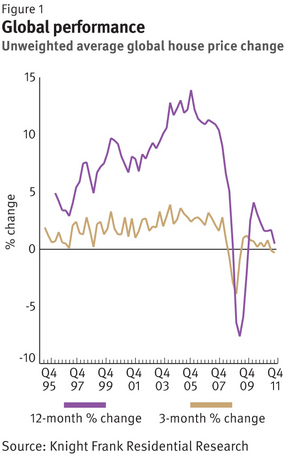 No improvement is expected until the gap between house prices and two of its key determinants - incomes and rents - starts to shrink and the excess supply of new homes built in many locations during the boom years prior to 2008 is absorbed.

In the final quarter of 2011 prices fell in 60% of the countries covered by the index. If that trend spreads to more locations, the overall GHPI could easily slip into negative territory during 2012, especially if the slowdown in Asia continues. 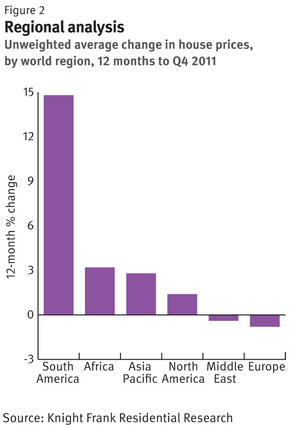 China's slowdown has prompted questions about the potential easing of government intervention, but that is unlikely says Nicholas Holt, Knight Frank's Asia-Pacific Research Manager. "Although local authorities are increasing pressure on Beijing to ease some of these measures, the central government seems sure to continue its property-tightening policies and this should ensure sentiment in the market remains weak throughout 2012."

Away from Europe and Asia, Brazil, a new addition to the index this quarter, tops the rankings with 26% price growth in 2011. This remarkable performance is being fuelled by strong population growth, rising household wealth and an expanding mortgage market.

Unsurprisingly, all 12 of the bottom rankings are occupied by European markets with Ireland, down 17%, in last place. However, not all European markets are in a moribund state. Estonia, Slovenia, Iceland, Norway, Switzerland and Germany achieved annual growth over 5%, despite the precarious state of the Eurozone's sovereign debt crisis.

What the index makes clear is that the performance of global housing markets is far from uniform. While there is some cause for localized optimism, the overall trend for 2012 at least is unlikely to be positive. 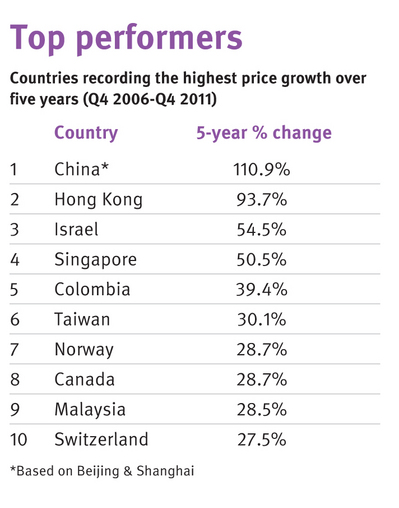