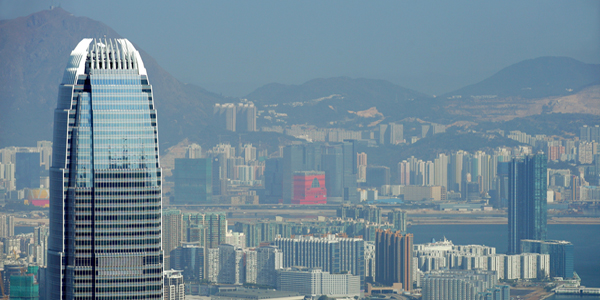 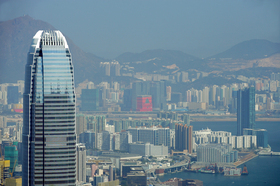 According to London-based real estate consulting firm Knight Frank, global house prices rose by 1.1% on average in the three months to June 2012, which represents the index's strongest quarterly rise since Q4 2009.

The modest recovery is largely due to the steady performance of a core group of countries - prices in 25 of the 55 countries monitored are now rising at a faster rate than they were a year ago. Added to this are a few stellar performances by some of the world's most influential economies. House prices in the US, Canada and Hong Kong for example rose by 6.9%, 3.2% and 7.6% in Q2, up from -1.7%, 0.4% and 1.8% respectively in Q1.

"The results for Q2 2012 show 13 of the 17 Eurozone members are in the bottom half of the table when ranked according to price growth in the three months to June" ~ Kate Everett-Allen, head of International Residential Research at Knight Frank
But it's not all good news. These improved performances can do little to offset Europe's poor-performing housing markets. Here, the lack of available finance, shrinking job markets and low consumer confidence are stifling housing demand.

The results for Q2 2012 show 13 of the 17 Eurozone members are in the bottom half of the table when ranked according to price growth in the three months to June. The summer period has seen the Eurozone's status quo preserved but the autumn months are expected to bring renewed debate and more instability as the potential 'Grexit' enters the minds of policymakers and the global media once more.

China, which alongside the US has the largest bearing on the world's housing markets and has largely propped up the index since early 2009, is now providing mixed messages. 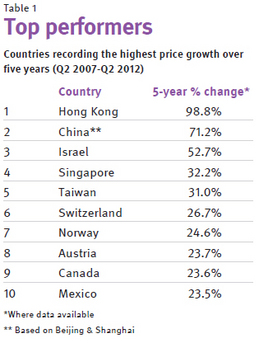 Although prices here are down 7.1% in annual terms they fell by just 0.1% in the last quarter. A range of cooling measures have helped to curb speculative demand but two interest rate cuts since June are reinvigorating the new homes market with prices now edging upwards in 49 of China's 70 key cities. Having seen prices fall by 34.7% peak-to-trough (between Q2 2006 and Q1 2012), the US housing market is gaining traction and prices are finally rising. Mortgage demand is up, new construction levels are improving and foreclosures are at their lowest level since Q4 2007.

Despite the index's 1.1% growth this quarter, there is likely to be little stimulus for the world's housing markets in the near future.

In Asia large-scale house building programs, higher property taxes and the deterrence of 'hot' foreign money will keep a lid on price inflation. In the Eurozone there is little prospect of a confidence-inducing resolution to the debt crisis. Only the US seems capable of providing any meaningful impetus but the forthcoming U.S. Presidential Election in November and debate over the direction of future housing policy could contain growth, at least in the third quarter. 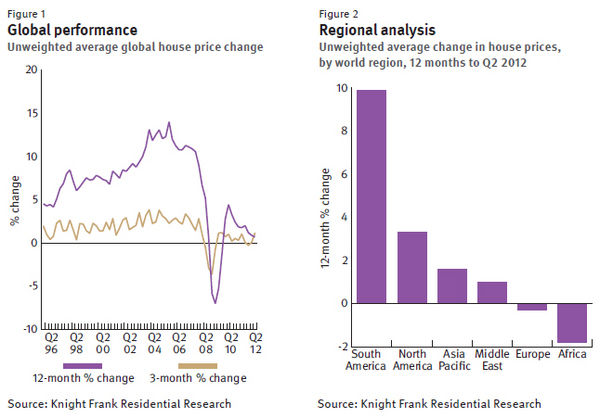 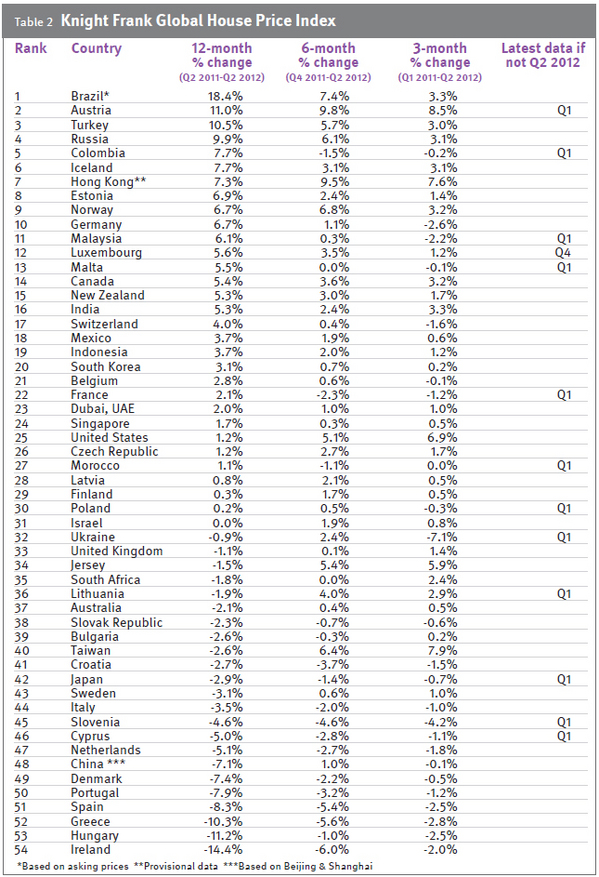