Like Miami, London's residential property market is getting a significant boost from foreign buyers these days.

According to London-based real estate consulting firm Knight Frank, the sustainability of central London's property market has been questioned continually since the current revival began in 2009.

But things are changing as rising sales volumes are starting to provide some comfort to local sellers.

"With the odd blip, I have written pretty much the same story for nearly three years now. The longer prime house prices continue to rise, the obvious question continues to emerge - will these rises eventually be replaced by falls?

"To recap on the current position, prices are now 8.9% above their previous peak of March 2008 and have risen at a rate almost double that seen in previous upturns. This has been a very strong upturn.

"The rationale for the revival has been well rehearsed: weak pound, plus capital flight, plus rising global wealth, minus thin supply, equals rampant price inflation.

"There is much truth in the above formula, and a careful examination of transactional market data confirms that the process seems set to deliver further growth, at least in the short term.

"The most telling sign of this shift in investor attitude came in January and February when Italian purchasers became the biggest foreign purchaser group, accounting for 8% of all purchases, replacing Russians who have held this position for several years.

"New applicant registrations overall have risen by 15% in the past year, while the £5m+ segment has seen a rise of 26%. 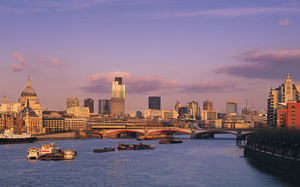 "Supply is also higher, although not keeping pace with demand; it is up by 10% over the same period.  The £5m+ sector supply is beginning to run ahead of demand, up by 34% over the past year).

"The most positive indicator is sales volumes. Even after an additional 11% rise in prices over the past year, strong purchaser demand has led to sales volumes (sold subject to contract) being higher by 85% over the year. This is feeding through to exchanges, which are up by 43% year-on-year.

"We forecast last October that prime central London prices would rise by 5% in 2012. At the current time the evidence from the market appears to underpin this view." 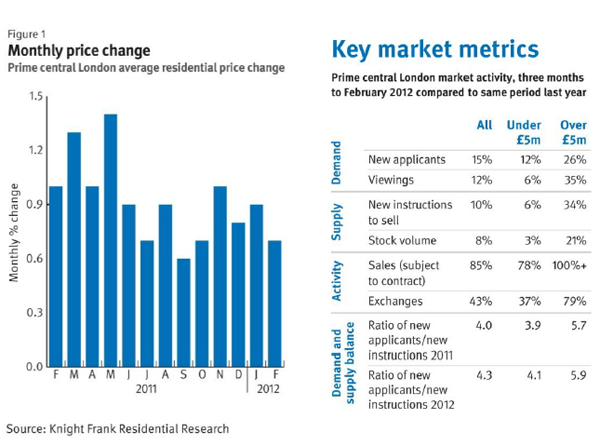 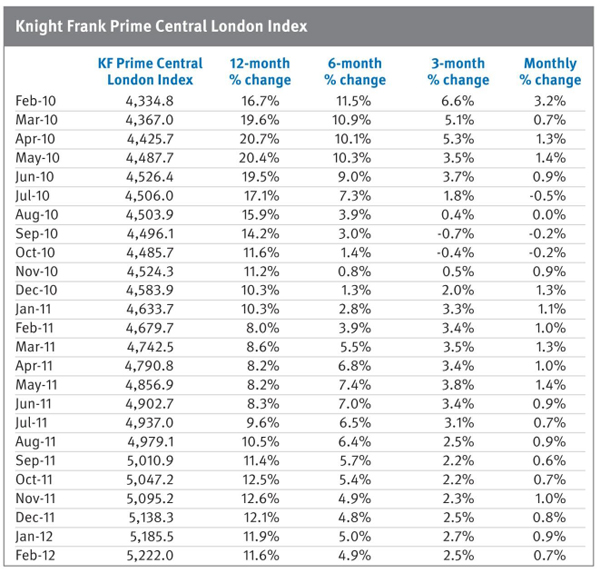