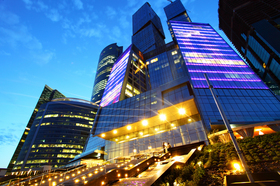 According to London-based Knight Frank, a lot has changed on the global economic stage in the last three months that negatively impacts prime residential rental markets across the globe.

In Q4 2011 Greece's debt restructuring plans hung in the balance, its southern European neighbors were revising already pitiful economic forecasts downwards and any tangible signs of a recovery in the US seemed a long way off. It is against this backdrop that prime rents across key global cities struggled in the last three months of 2011.

With the world's economy in a fragile state at the end of 2011, corporate demand declined as relocation budgets shrank reducing rental volumes in many markets. This helps to explain why the financial centers of London, Zurich and Hong Kong saw quarterly growth drop from 0.9%, 3.3% and 1.8% in the third quarter to -0.4%, -3.2% and -1.0% in the final quarter respectively.

In Asia the fluctuations in expatriate demand are proving influential. Thomas Lam, Knight Frank's Head of Research in Greater China tells World Property Channel, "Shanghai and Beijing's rental markets remained strong in 2011 thanks to sustained demand from expatriate workers and limited supply. By comparison rents in Hong Kong softened as demand from expatriates declined and the city felt the effects of corporate cost-cutting and the downsizing of operations." 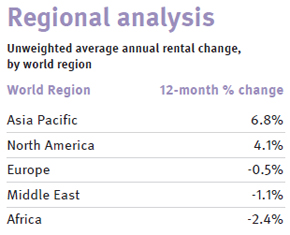 Nairobi's stellar performance, which placed it at the top of the rankings in 2011, is largely attributable to Kenya's recent economic growth and its expanding middle class, many of whom are unable to access housing loans. There are only 14,000 home loans in Kenya, a country with a population of almost 39 million.

Moscow and New York's performances were polarized in 2011. Rents in Moscow fell by almost 10% compared to a near 3% rise in New York. Moscow's downturn was largely due to a frenetic period in late 2010 which saw rents rise by more than 7% in one quarter. This correction in the market has now been fully played out and we expect rents to stabilize by the end of 2012.

New York recorded the strongest quarterly growth with rents rising 2.6%. As well as improving employment figures, landlords have the banks to thank. 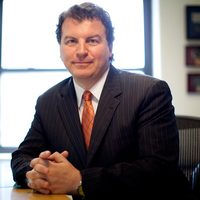 Jonathan Miller, president of Manhattan-based Miller Samuel says, "Rental growth has been underpinned by an irrationally tight mortgage market, unchanged from a year ago, which is pushing potential purchasers into the rental market."

Assuming the eurozone crisis plays out as the European Central Bank hopes and the global economy starts to gain some meaningful traction; we expect prime rents particularly in mainland China and North America to see continued growth. Europe's outlook is less clear-cut. Here, future growth, particularly in the key financial centers of London and Zurich, will be heavily dependent on the health of their employment markets. 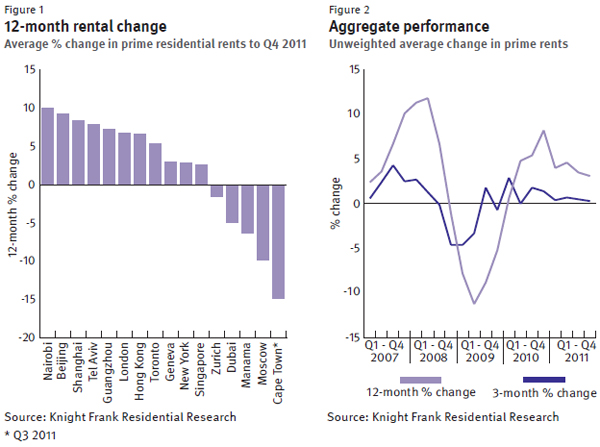 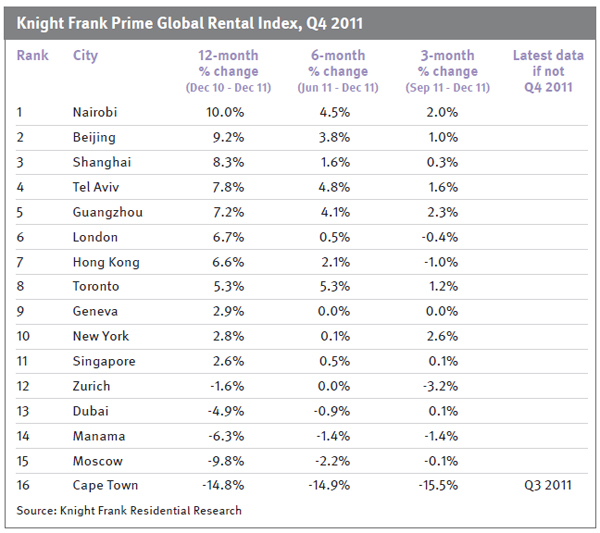