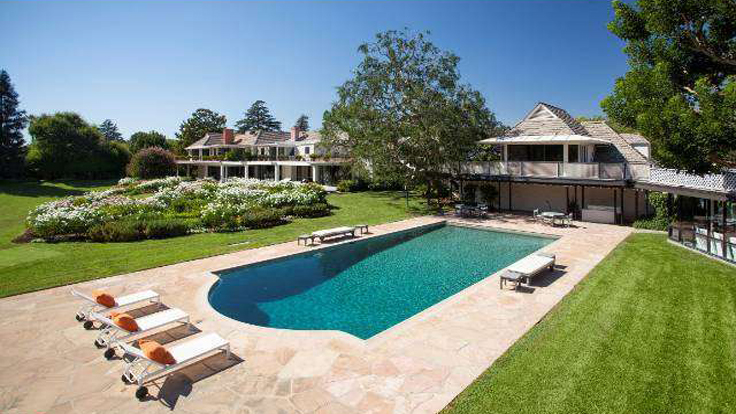 
Legendary performer Bob Hope's Toluca Lake compound, where the entertainer hosted dignitaries and celebrities, is on the market for the first time since the late entertainer built the home in 1939, listed for $27.5 million.

The 5.16-acre estate includes a 14,876-square-foot, eight-bedroom, eight-bath main house; two-bed, two-bath guesthouse; and staff quarters. The main home's master wing includes his and hers bedrooms, baths, closets and a shared study. Outside, the property features a pool, one-hole golf course and pristine gardens, according to the listing.

Mr. Hope owned many homes, but he reportedly considered the Toluca Lake property his home. The original English Traditional main house was designed by architect Robert Finkelhor, and built for Hope after he signed his first big movie contract with Paramount Pictures. It was remodeled in the 1950s by architect John Elgin Woolf. The listing proclaims the estate a "rare opportunity...unmatched in its prestigious history, unbelievable grounds, & incredible beauty."

One "unmatched" characteristic includes President Richard Nixon landing his helicopter on the back lawn to play a round of golf at nearby Lakeside Golf Club, according to the L.A. Times. Lucille Ball and Jack Benny "drank and gossiped" at holiday parties held at the mansion.

With a career spanning 60 years, Mr. Hope was one of the first performers to easily move from radio to movies to television. He starred in more than 50 films, including his famous road pictures with Bing Crosby.

Mr. Hope left the Toluca Lake property to his wife, Dolores, when he passed away in 2003, two months after he turned 100 years old, Redfin reports. When she passed in 2011, it passed to family members.