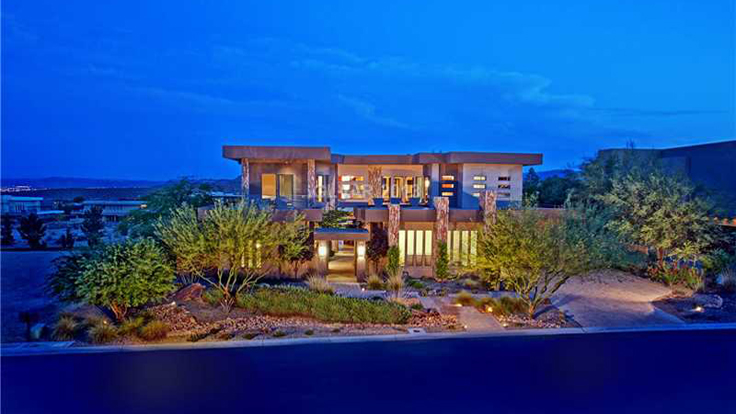 
Grammy-winning musician Carlos Santana has listed his home in Las Vegas and bought another house on the same street.

The Latin rock guitarist is selling his four-bedroom, 4.75-bath home for $3.499 million. The 7,241-square-foot house is a modern, tech-savvy home with a Creston technology system which controls the lights, shades, security system, temperature, TV and electronics.

The separated master bedroom has a balcony and a built-in entertainment center, probably a must for the songwriter. Outside there is a solar-heated pool and a waterfall spa, according to the listing.

Mr. Santana won't be moving far. He purchased a five-bedroom, 6.25-bath home for $6 million right down the street in the Summerlin neighborhood. From the listings, it looks like the "Maria Maria" singer wanted a house with more room and more party amenities.

Similar in architectural style, featuring sleek lines and exposed stone, the new house has $2 million dollars worth of electronics, according to Redfin.

The 7,785-square-foot "ultimate party pad," has a pool table, pinball machines, air hockey, a putting green, home theater and bar. Outside there is an infinity pool and a covered patio with built-in barbecue, according to the listing.