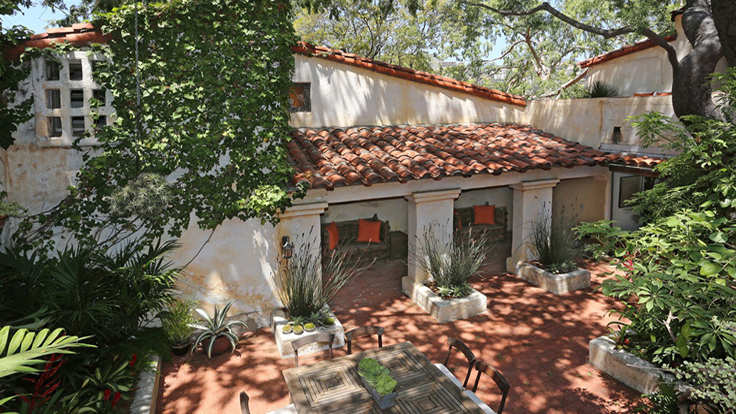 Built in 1926, the Spanish Hacienda-style compound in Hollywood Hills is approximately 4,600 square feet and features four-bedrooms and 4.5 baths in the main house. The house also includes an "expansive terrace overlooking the main garden and canyon," a library, media room, formal dining room and wine room, according to the listing.

An additional patio and garden joins the main house to a one-bedroom, one-bath guesthouse. The almost 14,000-square-foot, street-to-street, lot includes a three-car garage and separate, gated, and walled entry. 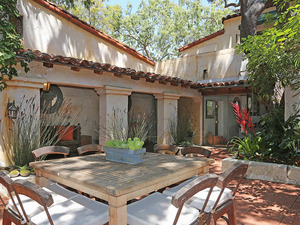 The property has a history with Hollywood's elite dating back to the 1920s. British actor Ronald Colman, a star during the 1930s and 1940s, was among the first owners of the house, now known as the Ronald Colman Estate, according to the Wall Street Journal.

Mr. Hall purchased the home last year for $1.95 million, later landscaping most of the 0.3-acre property and renovating the interiors. Mr. Hall recently purchased another house in Los Angeles, the WSJ reports.