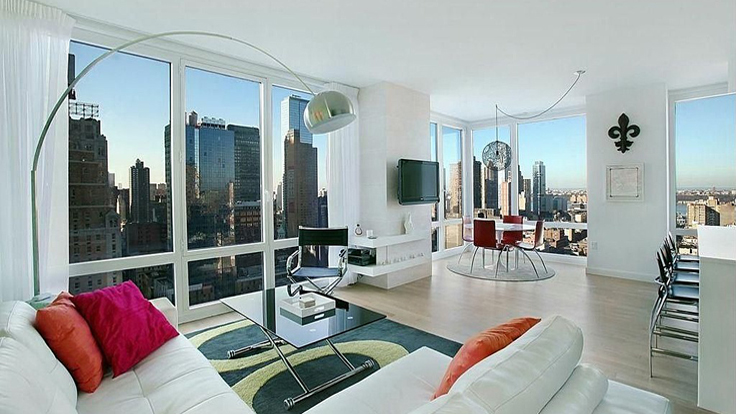 
It seems that listing one New York penthouse at a time isn't enough for actress and comedian Rosie O'Donnell. So now she is selling two.

Less than a month ago she listed her four-bedroom, three-bath Greenwich Village penthouse for $10.9 million after redecorating it. Ms. O'Donnell is now offering her two-bedroom, 2.5-bath luxury apartment in The Platinum for the lesser price of $2.25 million.

The former daytime talk show host paid $2 million for the 22nd floor apartment in 2007, according to Zillow. Located in "Midtown's hottest full-service, award-winning condominium" the apartment has city and river views with floor-to-ceiling windows in every room, spa-like bathrooms, and an open kitchen, according to the listing.

The funny woman would be giving up complimentary breakfast, cold storage and bike storage offered by The Platinum, not to mention the close proximity to Times Square, Broadway theaters, restaurant row and her public school program, Rosie's Theater Kids.

Ms. O'Donnell lives with her partner in Nyack, New Jersey, Curbed reports. The question now is whether she has any more properties left to sell, considering she sold her Miami Beach mansion in June.