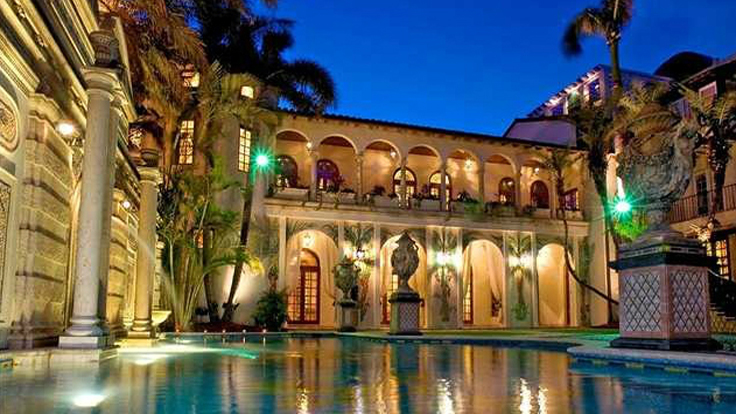 
Here's your chance to live like a lavish fashion designer with a zest for gold fixtures, ornate sculptures and marble toilets.

After many years of twists and turns, the South Beach mansion once owned by Gianni Versace is now fated for auction. A bankruptcy auction was approved this week and scheduled for 10 a.m., Sept. 17 at the mansion, listing agent Jill Eber confirmed to WPC News. 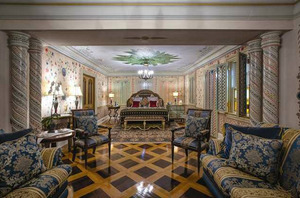 Way back in 2012, Casa Casuarina, as the mansion is known, was priced at $125 million, which drew more than a few chuckles from property experts. By May the listing price was down to $75 million, but few expected a sale, due to the multiple legal entanglements.

Without going into all the gory details, current owner Peter Loftin, a "telecom mogul," has long battled a foreclosure action by a company owned by the Nakash family, the founders of Jordache jeans.

To participate in the auction, potential bidders will have to put $3 million into an escrow account, Lamar Fisher of The Fisher Auction Company told the South Florida Business Journal, which originally wrote about the auction. They will also have to show the ability pay at least $40 million.

"But we are not expecting the price to be $40 million," Ms. Eber, half of "The Jills," told WPC. "We expect a good turnout, an interesting and exciting auction." 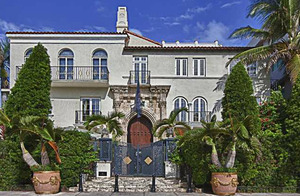 The mortgage controlled by the Nakash company, VM South Beach, is valued at $30 million in bankruptcy filings, according to the paper.

VM South Beach will have a "credit bid" on the mansion, "which could put it in the driver's seat," the paper reports.

Ms. Eber will work with Fisher Auction Co. for the auction. Until the auction date, the agent duo will work on marketing the property and showing it to people who are not familiar with the mansion, Ms. Eber said.

The auction might have sparked interest in the famed property.