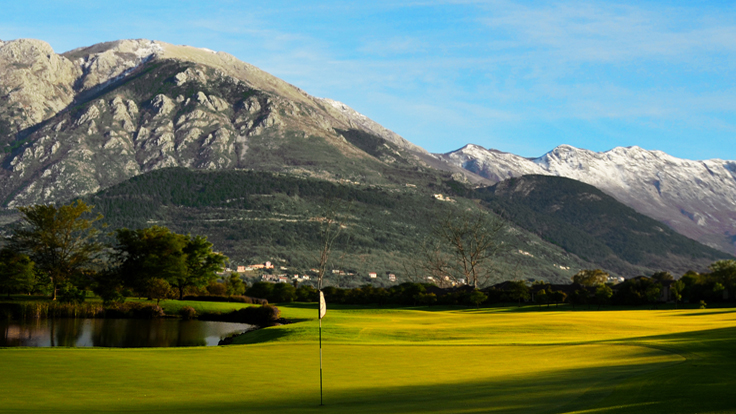 
A clash of titans-style showdown is developing on the lush waterfront hills of Montenegro, the former Yugoslavian republic. Two different developers are proudly boasting of building "the first 18-hole golf course in Montenegro."

Apparently it's true and at least two developers are racing to correct the error. 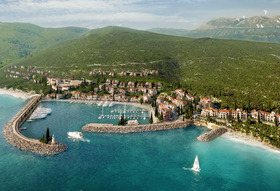 One is Orascom Developing Holding, a subsidiary of the giant Egyptian Orascom conglomerate. Orascom is working with the government to develop Luštica Bay, a master-planned development calling for more than 2,000 homes, two marinas and seven hotels on 6.2 million square meters "overlooking the ancient bay of Trašte."

The project is also the "the chosen location for the country's first 18 hole golf course," the company said in a press release last week. Designed by Gary Player, the course features fairways of "natural plateaus, soft contours and native vegetation... gentle bunkers and manicured greens which have been built around existing flora and fauna."

In the press release, Orascom reported approximately €12.6 million in home pre-sales and confirmed that construction would start later this month on the development, including the "first 18 hole golf course in Montenegro."

But this might be news to the Boka Group, the British fund, which is developing an 18-hole course on the "breath-taking Bay of Kotor." Designed by British golf company, golfmarnoch, creators of Los Barrancos de La Zagaleta in Spain, the course will be the "first-ever 18-hole golf course in Montenegro," Boka announced in a recent press release.

Boka Group says its first-in-Montenegro course, located near the Porto Montenegro marina and Boka's Sea Breeze development of 50 luxury homes, will feature a golf academy, training facilities and "dramatic mountain and sea views from every hole."

Asked about the Boka Group's first-course claims, a Luštica Bay spokeswoman told World Property Channel, "we are aware that the Boka Group are [sic] also building a golf course."

"It is our understanding that Luštica Bay has the first planning approval and first building permit in Montenegro to build an 18-hole golf course," the spokeswoman said in an e-mail.

The Luštica Bay course is due to complete in 2016, she said, which, coincidentally, is also when Boka Group claims they will complete the Porto Montenegro course.

Let the bataille de links begin.
Update: John Kennedy founder of both Boka Group and the Porto Montenegro Holding Company, Adriatic Marinas, responds:
"The media this week described the race for Golf in the Eastern Adriatic and Montenegro as the "clash of the titans", we see it more as a tango of the titans, we have the same aim, we need each other and it is great that we are not alone in this. What we see is two credible projects fully backed and a cast-iron commitment to deliver golf to the region.
"The fact that Orascom is also developing an 18 hole course just 5km away is a hugely positive thing for the sport of Golf in Montenegro. We have never wanted to be and never intend to be, the only course in region because golf does not work like that. The fact that Orascom aim to open in 2016 is very important in helping to launch the sport in this region.
"We are confident that Boka's course at Tivat will be the first to complete, if for no other reason than the fact we benefit from a logistical advantage of both terrain and location. This will shorten our build time and it's a head start we can make the most use of. But we want and are looking forward to our neighbor coming in close on our heels.
"Our two developments are part of a revitalization of the immediate Tivat - Kavac - Lustica region, which started with Porto Montenegro and is being rolled out by serious developers committing to big ideas and underpinned by significant infrastructural facilities. There is no such thing as a market of one, the fact that we are not the only golf developer in Montenegro gives us comfort and encouragement for the future of the sport on the Dalmatian Coast".