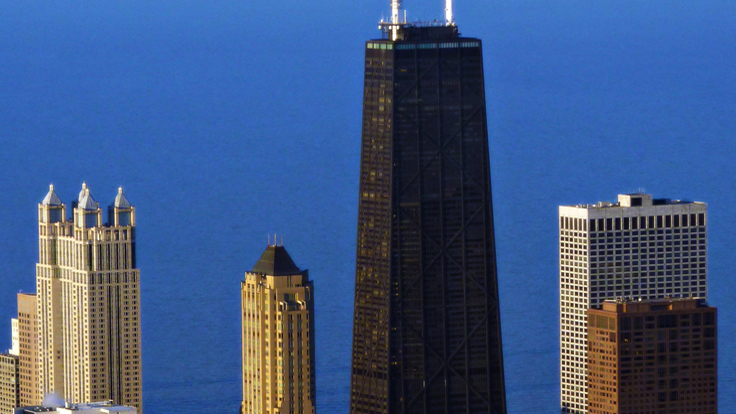 
To architecture geeks, the John Hancock Center in Chicago is hallowed ground.

Not the tallest building nor the prettiest, the sleek 343-meter black tower is revered for its architectural advances, which changed the world of tall buildings when the skyscraper was completed in 1969. The Hancock was designed by Chicago-based Skidmore, Owings and Merrill, which went on to design the Sears Tower (now the Willis Tower), the 442-meter tower that reigned for 24 years as the world's tallest building, as well as the current tallest, the 828-meter Burj Khalifa in Dubai. 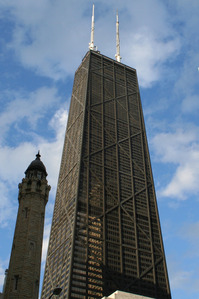 The Hancock, located on Chicago's famed "Magnificent Mile," was one of the world's first mixed-used towers, combining commercial, office and residential space into one package. When it was completed, the apartments were billed as "the world's highest residences."

Today the Hancock is still an icon for Chicago, a popular tourist attract for its observation deck and bar and restaurant on the 95th floor. But financially it has been through hard times.

Last year a group led by Deutsche Bank and NorthStar Realty Finance took control of the building after the previous owners defaulted on their debt. At the time, only about 71 percent of the 1 million square feet of office and retail space was occupied, according to media reports.

This week, the building was sold again, this time to a group that includes Hearn Co. of Chicago, Lynd Co. of San Antonio and Mount Kellett Capital Management.

The group paid about $140 million for 900,000 square feet of office space, the 710-spot parking garage and the ground-level common areas. (The residences were separated into condominiums many years ago.) 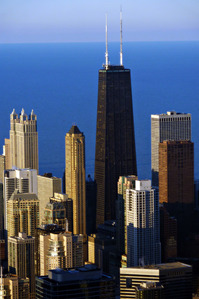 The price equates to $160 a square foot, well below the $400-a-square-foot paid for space in other trophy buildings in Chicago, the Wall Street Journal reports.

Stephen Hearn, president of Hearn Co, balked at the paper's description of the price as "cheap."

"I think we made a good buy," he told the paper. "I'm not agreeing that it was cheap."

The new owners have vowed to invest about $45 million to upgrade the building. They vow to preserve the iconic status while "delivering contemporary design and efficiencies" to the tower.

The redevelopment will convey a "fresh, exciting and youthful platform," the new owners say.

"The building has not gotten the kind of TLC it's needed over the last 20 years, and we plan to revitalize it," Mr. Hearn told the Wall Street Journal.