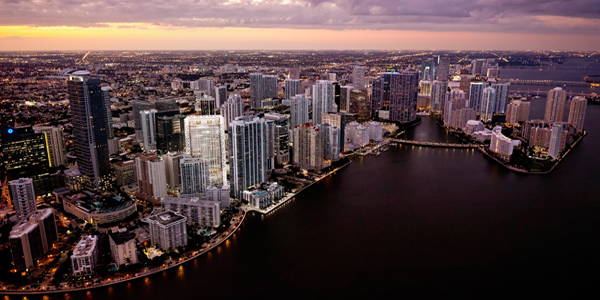 The Wall Street Journal offered a nice wet smooch to Zaha Hadid's design for a Miami residential tower Friday, focusing primarily on the premise that current Miami architecture is lame.

Ms. Hadid wades in with her own assessment, leaving little doubt she believes the city needs a dose of her boldness. 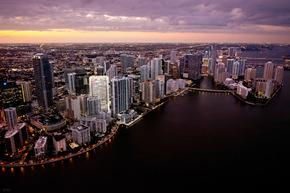 "I really love Miami, but I don't think the architecture matches the city," Ms. Hadid told the reporter. "It's a bit too commercial."

Hadid is one of several starchitects descending on Miami, apparently hired in an initiative to make the city appear less commercial. Norman Foster, Herzog & de Meuron and Bjarke Ingels are among the A-list designers working in Miami, as builders open their checkbooks to try to buy a little prestige.

There is nothing new about mocking Miami architecture. Nor is it terribly original for the Wall Street Journal to link a city's "credibility" to a building, a familiar rationalization for paying architects huge sums for designs that may or may not be "bold." Flash, style and a name brand are now closely linked to a city's identity, at least according to architects and architecture critics.

Miami is an easy target. The city is an urban planner's nightmare, splattered across the map in the carefree manner of a child throwing his food at the wall. Lush neighborhoods of palm trees and mansions butt up against crack alleys; the road system thumbs its nose at logic.

But the oft-repeated snobbery against Miami, on display in the WSJ article, is more about the pompous nature of the modern architecture community than the reality of the Magic City. Design is part of Miami's soul and identity, far more so than most cities. The art deco buildings and curved elegance of the Fontainebleau hotel define Miami Beach. Sleek white towers may lack for boldness and seem "commercial" to ridiculously over-priced architects, but they are as much a part of the city as the cold black Mies van der Rohe-knockoffs of Chicago.

A building design has no more to do with a city's credibility and livability than a winning football team. Dubai features the work of many great architects and the city looks like a jumble of mismatched chess pieces, a nightmarish hodge-podge of architects and developers yelling "look at me!"

Few cities outside the Middle East and China are interested in that sort of store-bought boldness. And there is no reason to suggest that Miami rates as an inferior city unless it employs name architects to create the world's most expensive attempts at urban art.

Academics and urban planners write long papers these days about the need for creating a sense of "place," for buildings to inter-connect and truly reflect the city's essence. Plopping a Zaha Hadid tower in the middle of downtown Miami doesn't create a Miami identity, nor does it make the city a cultural destination.

But Miami is late to the big-name architect game and now it must catch up if it wants to be a "world class city," the theory goes.

From the renderings, nothing about Ms. Hadid's design for One Museum Tower says anything about Miami. The most distinctive feature is a concrete exoskeleton that spiders up the façade, a nice structural device that would look equally at home in, say, Kazakhstan.

The key phrase used to describe the project in the article is, "if built." Developers Louis Birdman and Gregg Colvin are still looking for financing, a familiar issue with the hefty price tags often associated with the works of Ms. Hadid and her peers.

Ms. Hadid has designed several wild, imaginative, beautiful projects that may never be built. Maybe Ms. Hadid's Miami project would have a better chance if it was a little more commercial. 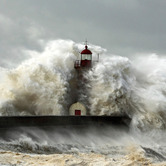 The deadly storm raging through southern Asia is a stark reminder of nature's ability to dramatically change the landscape. Typhoons with 190 mph winds can alter geography and turn a waterfront home into driftwood with remarkable ease. 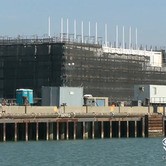 The appearance of two mysterious barges on opposite coasts has sparked a flurry of rumors and speculation, primarily centered on their possible connection to Google. According to one widely-reported account, the barges are the first examples of floating data centers. 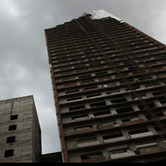 As fans of the series "Homeland" already know, the tense CIA thriller took a surreal turn this week, when Marine/Terrorist/Ex-Congressman Nicholas Brody suddenly appears in a bleak, urban landscape in the middle of Caracas, Venezuela. 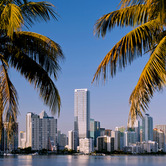 In the TV series "Breaking Bad," the nefarious chemistry-teacher-turned-crystal-meth-kingpin Walter White buys a car wash to launder his money. 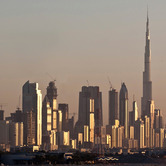 Dubai on Another Mega-Project Binge

Like a drunken sailor who can't stop telling tall tales, Dubai is once again making grand announcements about mega-projects that will astound the world. Close your eyes and it's like 2006 all over again. 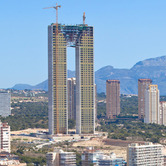 When a Spanish paper reported that the designers of Europe's tallest residential tower left out elevators, the story quickly spread across global news organizations. From CBS to Yahoo, it was the perfect outrageous tale.