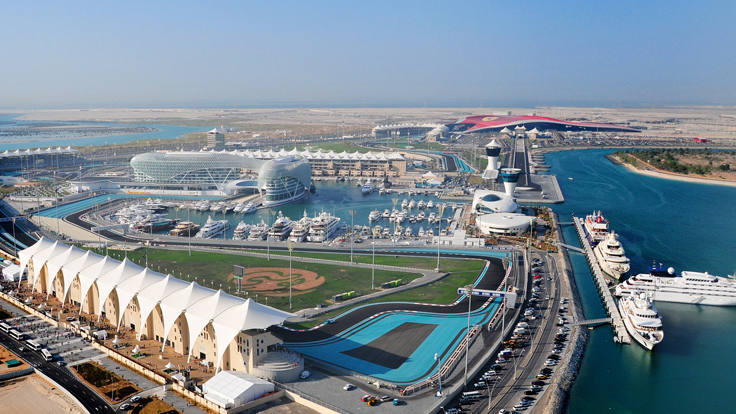 
To at least one person, Abu Dhabi is the perfect location for a "five star" resort honoring Michael Jackson and the singing, dancing and feuding Jackson family.

That person is Jermaine Jackson, Michael's big brother and Jackson Five stalwart, who told The National that Abu Dhabi's Yas Island is the leading contender to host a Jackson family-themed hotel and resort.

"Talks are going on and it is progressing well," Jermaine told the paper. "A good area we found is near Ferrari World, so we are looking at that." 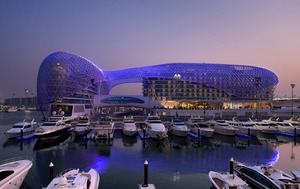 The article offered frustratingly sparse details of the glamour and sheer fun that would be involved in a resort honoring the Jackson family, except to say it would be "filled with memorabilia showcasing The Jackson family's near five-decade career."

But Mr. Jackson did manage to make it clear that the resort would not be all about Michael.

"The main aim is to make it have the whole family's history and legacy," he told the paper. "I hope that we just keep moving forward on it."

Jermaine does have a catchy name for the venture--Jermajesty Hotel and Resorts, which is apparently a tribute to Jermaine's 12-year-old son.

There are no obvious historic ties between the Jackson family and the capital of the United Arab Emirates, as far as anybody can tell. When Michael escaped from his troubles in the U.S., he went to Bahrain, not the U.A.E.

However, Jermaine did convert to Islam in 1989 and his wife is Afghan, the paper notes. And the Jacksons did perform on Yas Island last November.

"I always feel very welcome when I am over there, and the people are kind and gracious," he told The National.

Abu Dhabi is trying to build a cultural identity, with local affiliates of the Louvre and Guggenheim museums in development on Saadiyat Island, which is targeted as the capital's "cultural island." Yas is the "entertainment island," with the F-1 track; Ferrari World, featuring the world's fastest roller coaster; and a water park.

The discussions about Jermasty on Yas are still "very early in the process," Mr. Jackson told the paper. But he is eager to move forward. And if enthusiasm wanes for the Jacksons in Abu Dhabi, China is option number two, he said.