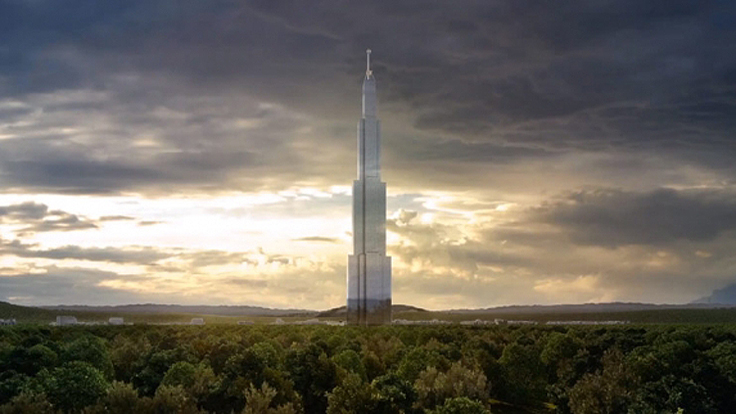 
A trickle of Web reports and a tantalizing video suggest a Chinese company is moving ahead with plans to build the world's tallest building.

China Broad Group could begin construction on the 838-meter tower as early as next month, according to the latest unconfirmed news items. The Changsha-based company has reportedly received permits and government approvals to build, which would be a major step forward for the long-discussed tower. 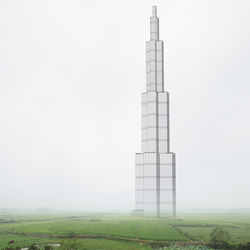 China Broad has been talking about building the world's tallest tower for more than a year. "Sky City" would be 10 meters taller than the world's current building, the 828-meter Burj Khalifa in Dubai, although it would be quickly surpassed by the one-kilometer Kingdom Tower, which is in development in Saudi Arabia.

But China Broad hasn't delivered yet on its audacious statements. The company pointed to several start dates last year, which came and went with no evidence of construction. China Broad also said they would build the tower in three months, which sounded more than a little ridiculous.

Now the company is reportedly targeting June to start construction and instead of three months it will take seven months to build, which is still mind-boggling compared to the years usually necessary for building skyscrapers.

China Broad is promoting a pre-fabrication technique that uses mass-produced framing elements that fit together like an old Tinker toy set. Last year the company created a You Tube sensation with video showing construction of a 30-story building in 15 days.

Tall building experts are skeptical of the plan, on many levels. While building a 30-story tower is a nice publicity stunt, an 838-meter tower is a completely different challenge. Engineers who specialize in tall buildings scoff at the idea of using a pre-fab structure on a building of this size. 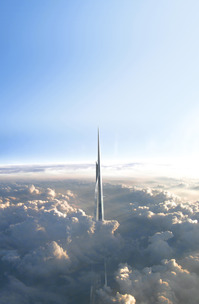 Any building over 600 meters is a scientific marvel, carefully crafted to handle the forces of wind and earthquakes. A pre-fab system simply won't work, unless it is very carefully engineered, they say.

But this isn't one of those wild proposals that float out of places like Azerbaijan, with fantastical designs that everybody knows will never be built.

China Broad is the real deal, a huge company with vast resources. In China the company is best known for selling air conditioners.

The company is run by one of China's super-wealthy entrepreneurs, Zhang Yue, who is also something of an eccentric. He built replicas of a French chateau and a pyramid on the company's corporate grounds in Changsha.

China Broad's motives for creating the world's tallest building are different than the typical developer or audacious sheikh. The company's Broad Sustainable Building division is marketing the pre-fab construction structure to companies around the world, hoping to license the system. Building the world's tallest building would make the pre-fab system the talk of the construction business.

But it's getting close to the time for China Broad to make good on its lofty talk. If they can make it happen they need to prove it. Cool videos won't convince anyone in the community, after 10 years of watching great videos on projects that were never built. Dubai is littered with cool videos.

For the record, here is China Broad's latest cool video.