What Does the End of Quantitative Easing Mean for Real Estate Values?


This past week the U.S. Federal Reserve announced the end to its quantitative easing (QE) program of mortgage-backed securities and U.S. government bonds purchases, which it began in 2008 in an attempt to stimulate the economy by lowering long-term interest rates.

The announcement came as no surprise.

For over a year, the Fed has directly and indirectly signaled that this was coming, in effect pulling the Band-Aid off ever so gently. The immediate market reaction has been very measured, with the 10-year U.S. Treasury yield only up modestly in the last week--less than 10 basis points (bps) as of mid-day on October 30, 2014.

The end of QE is a big step in the recovery from the Great Recession. Although the medium-term effects are difficult to predict at this point, conventional wisdom points to rising interest rates in 2015. Our view is that there are several factors that mitigate the likelihood of a material rise in interest rates in the medium term.

The most notable factor is the recent weakening of the global economy, particularly in the European Union, where a form of QE was recently implemented and additional stimulus measures seem likely. The deterioration in growth in China, which is hurting emerging markets, and some developed economies like Germany is dampening global growth expectations as well. Other factors include the recent rise in the value of the U.S. dollar, which, along with falling oil prices, is helping to suppress domestic inflation.

Global real estate consultant CBRE feels that a material rise in rates remains some way off and the impact on commercial real estate of the recent announcement will be negligible.

To support this, CBRE looked back to the events of May-August 2013, when Chairman Bernanke made the first direct suggestion that the Fed would reduce its bond-buying program, which triggered the "taper tantrum" that caused 10-year U.S. Treasury yield to expand by over 100 bps in the course of four months. 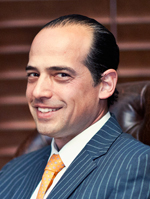 CBRE studied the immediate effect on commercial real estate of the rise in the 10-year U.S. Treasury by looking at actual trades executed by CBRE Capital Markets professionals following the spike. The results showed very modest changes in values, with almost no effect in all asset types except multifamily, which, while small (generally less than 2%), was greater than all other asset types. Commercial real estate proved resilient to a rapid rise in long-term interest rates in mid-2013, and CBRE believes it will be the same over the next several years.

CBRE says there is certainly a strong long-term relationship between long-term interest rates and real estate cap rates. However, the lags are rather long and there are powerful medium-term offsets.  For instance, high institutional demand for core commercial real estate against relatively limited supply and good U.S. GDP growth momentum have created positive market sentiment. Most of all, pent-up rent increases across the major asset classes--due to rolling leases entered into during the 2008-2010 time frame and new occupancy demand driven by a growing economy--should bolster cap rate stability, even in a rising interest rate environment.

Other mitigants include geopolitical turmoil, which makes U.S. Treasuries, the "risk free" security of choice, more attractive and keeps rates low, and the increased globalization of commercial real estate financing sources, where some foreign buyers are tapping into financing from their home countries, which have a much lower cost of debt than the U.S., to underwrite purchases.

Also, the good news of a tightening labor market cannot be ignored, particularly for many industries that directly or indirectly affect commercial real estate including trucking, oil and gas, and construction. However, inflation expectations remain low and stable, and short-term rates are likely to move up only very slowly.

Spencer Levy, head of CBRE Americas Research concluded with: "The end of QE speaks to the gathering strength of the U.S. economy and won't affect commercial real estate values."