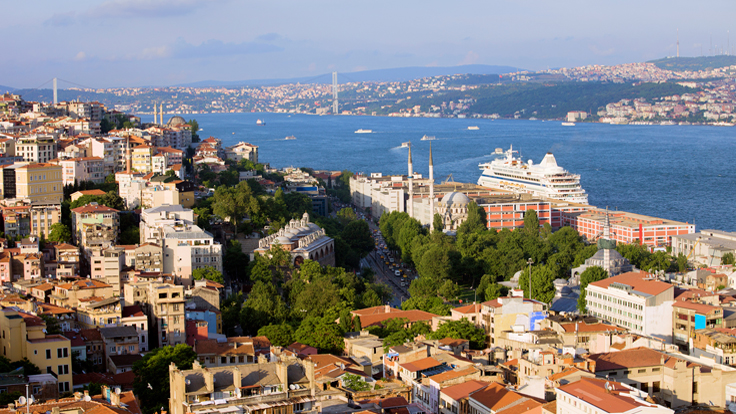 
The violent street protests that have rocked Turkey are rooted in years of political and religious tension, but the recent conflict was ignited by anger over development in the country.

The initial conflict stemmed over plans to redevelop Gezi Park, which has been described as the last stretch of greenery in Istanbul. Plans called for the construction of a replica of Ottoman-era army barracks and a shopping mall, described by one historian as "a Las Vegas of Ottoman splendor."

"For many Turks, though, the development is not so much progress as a reflection of growing autocratic ambitions by Prime Minister Recep Tayyip Erdogan and his government," New York Times reporter Tim Arango wrote in a recent blog. "In full public view, a long struggle over urban spaces is erupting as a broader fight over Turkish identity, where difficult issues of religion, social class and politics intersect."

The park plan was just the latest of several projects that government opponents say have been pushed through without proper input from the public. The list includes a historic movie theater which was torn down to make room for a shopping mall, the redevelopment of poor neighborhoods in Istanbul, a new bridge over the Bosporus and a canal that split the Eastern edge of the city.

Critics charge the government with ignoring opposing viewpoints.
"In a sense, they are drunk with power," Edhem Eldem, a historian at Bogazici University in Istanbul, told The Times. "They lost their democratic reflexes and are returning to what is the essence of Turkish politics: authoritarianism."

At the same time, the government has moved to implement new restrictions on alcohol and free space, raising concerns that the Middle East's largest secular government may be trying to implement Islamic rule.

"People are angry because the government is interfering in everything, be it the alcohol restriction, building of the third bridge, or the new Taksim Square," one protester told reporters. "Everything has piled up, and that's why people protest."
The aggressive clamp down on the protesters led to more protests and raised much larger issues for the country. But, more than anything, the protests were a stern reminder to all governments and developers that they ignore the interests of the people at their own risk.