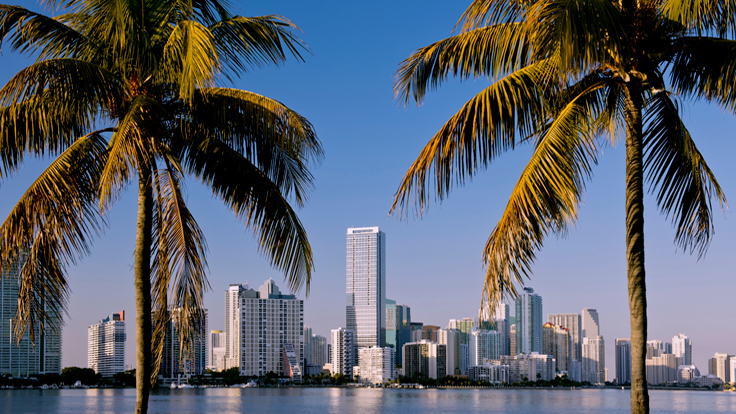 
Art Basel is coming back to Miami in December and this is good news for the commercial real estate community. The Basel leasing season is already in full swing as national and international retailers rush to execute leases and finish tenant build-outs in time for the annual art fair.

The Miami Design District, Miami Midtown and the Wynwood Arts District are transformed as the official epicenters of the action. Of course, Miami Beach also lays claim to its share of the action and the convention center is Art Basel's largest exhibition space. Large tents, remodeled warehouses and retail pop-ups or temporary stores seem to appear overnight.

Art Basel stages art shows for modern and contemporary works and is sited annually in Switzerland, Miami Beach and Hong Kong. The Miami Art Basel founded in 2002 has become the number one art show in America and the winter gathering place for the international art world. This year 50,000 visitors are expected, including 130 museum and institution groups from around the world.

The natural marriage of art and fashion is on full frontal display as the Who's -Who of the International Jet set converge on Miami: the perfect host city for this sexy homage to all things art and the celebrity that comes with it. The Author Tom Wolfe chronicled Miami Art Basel in his novel "Back to Blood," describing the scene as the "Running of the Billionaires." Conspicuous consumption is the name of the game and the Miami commercial real estate market has certainly found ways to benefit and promote itself through Art Basel.

In Midtown, Bobby Berk Home is working on its new location, as well as new restaurants Baru and Novecento.

The Wynwood Arts district will be the Miami home of New York City-based gallery Ralph Pucci International, which is hosting its glamorous grand opening party on December 7 during Art Basel. Other new additions to the Arts District that will be open in time for Basel include The Wynwood Brewing Company, Jugo Fresh juice bar, Fantini Mosaici  and the Ducati showroom.

During the show, temporary or pop-up space in Wynwood and the Design District has been netting lucky landlords five figure fees per week for prime location event or show space. For example a prime 5000+ square foot event space can lease for $25,000 or more for the week of Art Basel. Many artists and retailers, however, sign for one to two months to take advantage of not only Art Basel, but the entire holiday shopping season, November 1 through New Years.

Another benefit of these pop-up stores is the ability for the artists and retailers to test the market without a long-term obligation. The ever important foot traffic is maximized during the two month period surrounding Art Basel and many retailers have converted their Art Basel pop-up into permanent Miami locations.

Let's face it, who would not want the ability to showcase their wares to the moneyed crowd that invades the Magic City between Thanksgiving and New Years? And for the long weekend that is officially Art Basel, the Miami Board of Tourism reported that Art Basel 2012 provided a $500 million dollar economic boost.

Yes it's true. Christmas is coming early and it's called Art Basel.
John Ellis is an Associate with the Miami office of RKF, the retail leasing and investment sales brokerage firm.