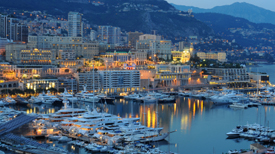 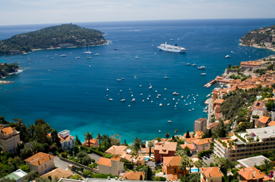 For jaw dropping prices and extravagance, Monaco is still the champ.

A used home in Monaco costs an average of 45,000 euro a square meter, or about $57,000, making the principality the most expensive market in the world, according to the latest Prime International Residential Review from Chesterton Humberts.

In contrast to the opulent markets of the Mediterranean, New York wades in at a fairly pedestrian 15,500 euro a square meter, with Paris a bargain at 13,500, according to Chesterton Humbert. Of the 22 markets listed, Phuket and Mauritius are the real deals at 3,000 euro a square meter.

Monaco is not new to the title, but there is some dispute these days about which locale really is the world's most expensive property market. According to a recent study by Financial News, Hong Kong's Severn Road is the most expensive residential street in the world, a slightly different assessment than most expensive market. Apartments on Severn average a whopping 54,000 euro per square, or about $70,000 a square meter, compared to $60,000 a square meter on Avenue Princess Grace in Monaco, where prices have dropped 50 percent in the last year, according to the FN, which included data from Knight Frank and Savills, as well as Chesterton Humberts.

Monaco is a wheezy fourth in the Financial News listings of most expensive addresses, falling behind Kensington Palace Gardens in London and Fifth Avenue in New York City.

One thing is not in dispute: Even with a sluggish economy, prices in the top spots are unlikely to drop any time soon. The number of millionaires around the world grew 14 percent in 2009, and their total worth jumped 11.5 percent, according to Boston Consulting Group's 2010 Global Wealth Report. In China, Malaysia and Singapore the number of millionaires jumped 35 percent, Chesterton notes.