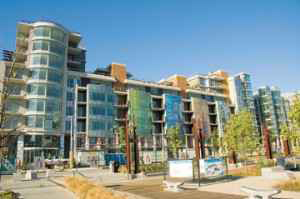 In Vancouver, 200 condo units in the buildings that housed athletes during the recent Olympic Games went on sale this month, generating brisk sales, according to the company marketing the project.

Unlike past Olympic villages, which were designed more as dormitories, the Vancouver committee specifically created the project to be sold as condos after the Olympics. The city ultimately helped finance the development with $750 million in taxpayer-backed loans.

Of the 737 units, 263 were pre-sold before the Games, the Vancouver Sun reports.

In the first two days, 36 units were sold, according to Bob Rennie, president of Rennie Marketing Systems, the company marketing the project. More than 12,000 people toured the project when they first were made available to the public--perhaps providing further evidence of Vancouver's red-hot market