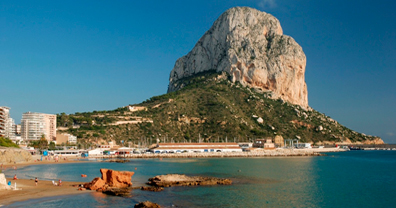 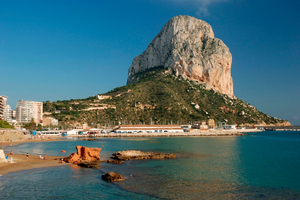 (COSTA BLANCA, SPAIN) -- A recent study shows positive news for European tourism. According to a survey conducted by Eurobarometer, an increasing number of tourists are continuing to enjoy holidays on the continent with 68 percent of European citizens travelling last year compared to 65 percent in 2009.

Further stats from Eurobarometer indicate that while 28 percent of the 30,000 individuals asked would like to discover emerging destinations, 58 percent are still attracted to more traditional travel destinations signaling good news for existing and potential property owners in countries such as Spain.

Antonio Tajani, European Commission Vice-President for industry and entrepreneurship, said: "The fact that 58 percent of EU residents are opting to enjoy their holidays in (traditional destinations within Europe highlights that, generally, the tourism industry is on its way to recovery and becoming a growth industry once again."

In addition to these latest findings, a survey conducted by The Co-operative Travel that examined 8.9 million holiday bookings discovered that 61 percent of bookings were shared between the United Kingdom, Greece, Spain, Turkey and the United States.

Travis Davis, director of retail distribution at The Co-operative Travel, says, ""People want to be sure that their holiday will be a success and the easiest way to ensure that is to stick to familiar destinations."

Main reasons for not travelling further afield are thought to be due to cost and convenience with travelers choosing to purchase cheaper accommodation and low cost flights in easy to reach countries such as Spain. The land of sun, sea, sand and sangria continues to reign supreme as the most popular holiday destination with 29.05 percent of bookings, according to The Co-operative Travel survey with Greece in second place at 9.94 percent, Turkey at 8 percent and the USA at 5.99 percent.

A long favored holiday destination amongst many European holiday makers, Spain received nine million international tourists between January and March this year; an increase of 2.9% over the same three month period last year according to research from The Ministry of Industry, Tourism and Trade.

One Spanish destination that has seen noticeable improvement in visitor numbers is Benidorm on the sun drenched coast line of the Costa Blanca where hotels have reported a recovery in the British holiday market. Based on the last two weeks, bookings are 16 percent higher than this time last year and the town's hotels have reserved 2 percent more beds over the month with a 74.6 percent occupancy rate. The British, Benidorm's most loyal fans, represents 44.6 percent of visitors followed by 3.1 percent of Dutch visitors and to an even lesser extent French, German and Eastern Europeans at only 0.2 percent.

"We are delighted that Spain is the most popular holiday destination and that more and more international tourists are deciding to pay us a visit," said Ignacio Osle, Sales and Marketing Director of Taylor Wimpey de España, Spain's leading house builder. "Since reducing prices in a bid to win back holidaymakers and property investors, Spain is now seen as not only an easily accessible sunshine destination but as a place that offers excellent value for money, now being 36 percent cheaper than in 2007 with everyday items such as food and beer costing around half those found in other European destinations."