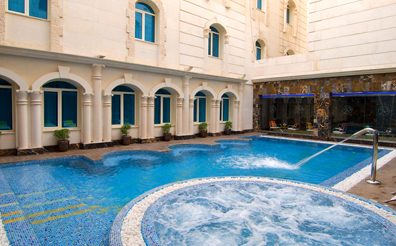 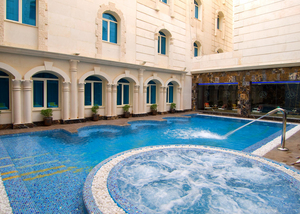 (AL SADD, QATAR) -- Wyndham Hotel Group, the world's largest hotel company as measured by approximately 7,210 hotels and one of three business units of Wyndham Worldwide, recently announced the addition of the first Wyndham Grand property in the Middle East to the Wyndham Hotels and Resorts portfolio. The new hotel is the 246-room Wyndham Grand Regency Doha, centrally located in the Qatari capital's Al Sadd area.

The hotel, expected to open under the Wyndham Grand flag in spring 2011, is owned by Regency Group Holding. Currently operating as the Grand Regency Doha, the re-launched hotel will be managed by Wyndham Hotel Management, Inc., adding to the company's managed hotel portfolio in Europe and the Middle East which includes the flagship Wyndham Grand London Chelsea Harbour in the United Kingdom and the recently opened Ramada Encore Doha, which also is owned by Regency Group Holding.

"We are very proud to work with Regency Group Holding to open the Middle East's first Wyndham Grand property in Doha, an exciting market that is important to our company's growth strategy in this region," said Eric Danziger, Wyndham Hotel Group president and chief executive officer."The addition of this luxurious hotel represents our commitment to develop properties in top travel markets around the world that provide the utmost in service and style." 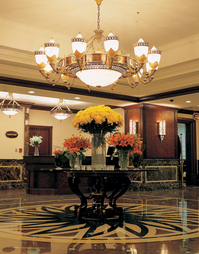 Ibrahim Al Asmakh, President, Regency Group Holding, said, "We are delighted to align with Wyndham Hotel Group and to join its distinguished collection of Wyndham Grand hotels to introduce the first ever Wyndham Grand property in the region. The collaboration marks an exciting new beginning for the hotel which, through an ongoing commitment to the highest standards of quality and service, is certain to appeal to both business and leisure travelers alike."

The food and beverage offering comprises three restaurants and cafe: Chopsticks, which serves Far Eastern fusion; Tangia, which offers a Moroccan menu; and Grand Gourmet, which features an international à la carte menu. The hotel's leisure facilities include Angsana Spa, gym, a swimming pool and "fat-burning studio" with a chamber designed to speed up the body's metabolism.

Hotel features include a business center, wireless Internet throughout and meeting facilities including five, 50-square-meter rooms that each can accommodate up to 42 people in a theater-style setting. Three of the rooms can be combined to accommodate up to 120. The 600-square-meter Al Qasr Ballroom can host up to 900 at a cocktail party or 650 theater-style. Meetings and events spaces feature the latest technology, including LCD projectors, wireless microphones, flat-screen televisions and built-in sound systems.