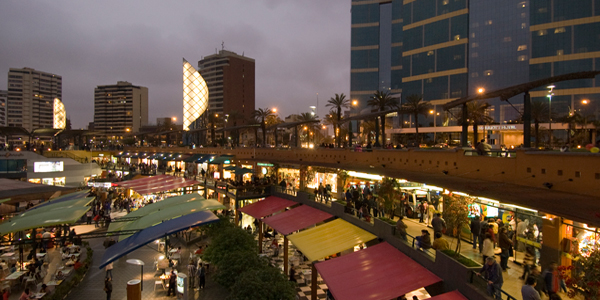 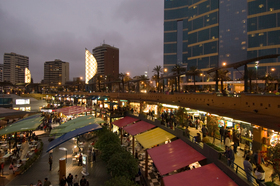 In a trend that will likely continue in the coming years, Chilean companies are increasingly entering northern neighbor Peru's booming retail market.  Reflecting this trend, it has just been announced that Chilean mall operator Plaza S.A., through the entity Mall Aventura Plaza, has opened its fourth mall in Peru, Santa Anita.

Santa Anita, which is located in the El Callao area of Lima, has 160 stores, a food court, a banking area, a cinema complex and a medical tower.  The mall will be anchored by two key Chilean retailers, Falabella and Ripley.  With Mall Aventura Plaza's three other malls in Peru, the group now has more than 200,000 square meters of GLA in the country.   Other Chilean retailers with presence or significant expansion plans in Peru are Cencosud and SMU.

A number of factors are driving this cross-border retail expansion.  While Chile was ranked second on A.T. Kearney's Global Retail Development Index of the world's most attractive retail destinations, retail market saturation in Chile has increased rapidly, land costs have jumped and, due to low unemployment levels, there is also upward pressure on labor costs.  Because of  these reasons, Chilean retailers are looking outside of Chile for markets in earlier growth stages to lower development and operating costs and diversify and increase revenues.

Peru, one of South America's economic success stories in recent years, is viewed as a very attractive retail destination and ranked tenth on A.T. Kearney's Global Retail Development Index.  Peru's economy grew at a rate of 5% in 2011 and will likely grow at a rate of 6% in 2012.  The combination of a rapidly expanding middle class, increased availability of consumer credit and low levels of retail penetration have created many retail investment opportunities.  Moreover, given limited space in Lima, there are significant growth opportunities in areas beyond Peru's capital.

Not surprisingly, retail sales growth in Peru has been impressive.   According to a report by the Peruvian newspaper Gestion, mall retail sales will exceed $5.3 billion this year and could grow to between $6.2  and $6.4 billion next year.   In the last two years, the amount of the average purchase increased 25 percent and this percentage should also improve as middle class growth continues.

Chilean companies will face significant competition in the battle for the Peru retail market from local Peruvian retailers as well as other international retail groups.   InRetail, for example, which is owned by Grupo Intercorp, has announced plans to develop four new malls and 29 new supermarkets in Peru.   International retailers with a presence or reported expansion plans in Peru include Gap, Inditex, Giorgio Armani and Chanel.