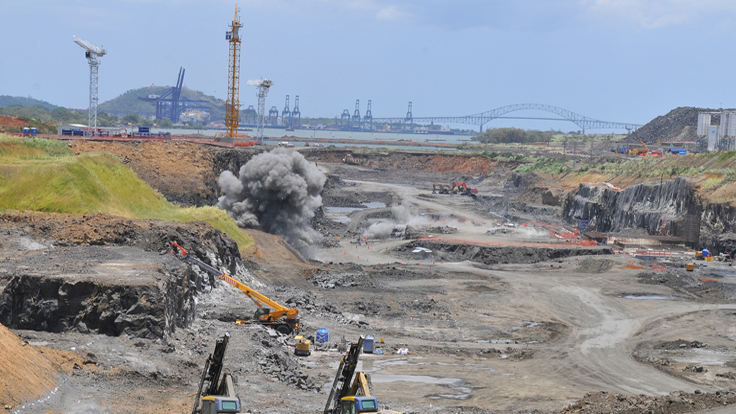 Consortium GUPC had threatened to halt the project if the PCA didn't foot the bill, which the Authority argues they shouldn't have to pay. 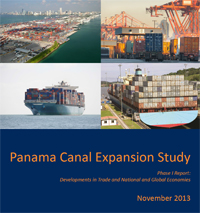 "Without an immediate solution, we face years of disputes in national and international tribunals," Sacyr, the Spanish company leading the consortium said in a statement. Without an agreement, the expansion and the jobs of up to 10,000 workers could be at risk, GUPC said.

"I don't even want to suggest that the next steps will be easy or risk-free," Panama Canal Authority Administrator Jorge Quijano, said at a news conference. "What I do want to make clear is that we will not yield to blackmail."

The $5.3 billion project would double the canal's capacity, having a major impact on global trade. Speculative production in the logistics sector has spiked in Panama as the private sector looks to accommodate an anticipated demand increase for logistics and warehouse space.

The project is slated for completion in 2015 and there's still hope it will be delivered in time. 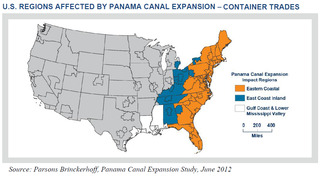 The project began in 2009 and is now three-fourths complete. The consortium says extra costs derive from obstacles encountered while excavating and blames it on problems with the studies conducted by the Panamanian authority before work began.

However, the root of the problem may come from the consortium's underestimation of the project costs. To win the contract, it submitted the lowest bid, $3.1 billion for its part in the project, $1 billion less than the bid from U.S. construction giant Bechtel, The Miami Herald reports.

"It is unjust and impossible for the PCA and Panama to expect that private companies will finance $1.6 billion in costs on a project that was to be fully funded by PCA," the consortium said in the statement. According to Reuters, the Panama Canal had not paid a pending $50 million invoice which would cover salaries this week for subcontractors and workers.

A halt in the project is likely to have a significant ripple-effect on ports all around the entire U.S. East Coast. Many ports, including Miami, have spent billions of dollars in dredging, raising bridges, digging tunnels and renovating docks and nearby logistics and multi-modal infrastructure in preparation to accommodate the anticipated larger Post-Panama ships in mid-2015.

If the Panama Canal delay turns into months, the 'carrying cost' on the interest of the billions of dollars of bonds floated by local, State and federal agencies to pay for all these U.S. ports improvements over the last 3 years could run into the hundreds of millions of dollars alone.

Miami Port Authority director Bill Johnson told WPC News this afternoon that work on the Port of Miami in preparation for the Panama Canal project in on track, with the new Port of Miami tunnel opening up in May. "We remain hopeful that there will be a settlement to the Panama Canal dispute," Mr. Johnson said.

The announcement of the Panama Canal project halt -- which could last weeks or months -- is sure to be good news for the canal's latest competitor, the $40 billion Nicaragua canal project which is scheduled to break ground this December.
"The work stoppage is a temporary issue, said Rich Thompson, Managing Director - Jones Lang LaSalle. "While relevant, it is still business as usual and their imports will enter the country."
"In fact, the project delays will simply give the ports on the Eastern Seaboard more time to complete their modifications.  We still believe that the real estate markets around the ports will benefit from the eventual Panama Canal expansion as well as overall growth of the international ocean shipping market and their infrastructure dollars are still being invested wisely," he concluded 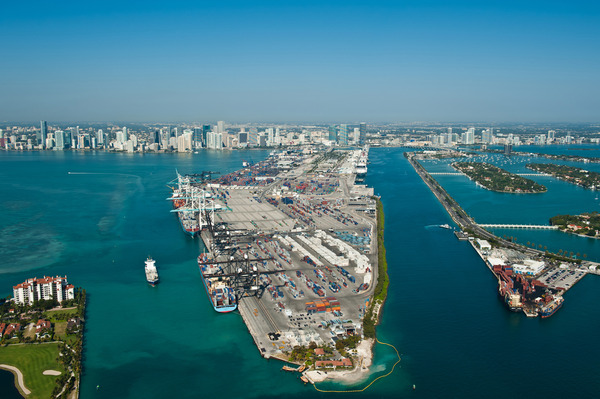