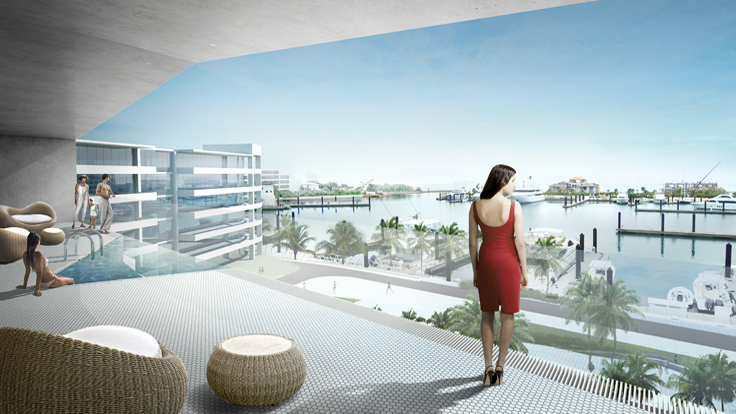 The luxury resort in The Bahamas owned by Tavistock Group, Tiger Woods and Ernie Els has revealed plans for the second phase of its Marina Residences.

Honeycomb will offer floor plans ranging from two-bedroom residences to seven-bedroom penthouses, each with zero-entry pools overlooking the resort's marina, according to a company announcement. The building will feature views of the Ernie Els-designed 18-hole championship golf course.

"We were challenged to create one-of-a-kind, luxury residences with breathtaking views and terrace pools," said Bjarke Ingels, founder of BIG. "Our honeycomb facade functionally supports the pools making them sink into the terrace floor and provides spectacular sight lines while maintaining privacy for each residence."

Honeycomb will be located within Albany, the luxury resort located on approximately 600 oceanfront acres on the southwestern end of New Providence in The Bahamas. The resort features a 71-slip mega-yacht marina, golf course, luxury hotel, family water park, movie theater, equestrian center and water sports facilities, among other amenities.

The resort community is jointly owned by international private investment group Tavistock Group and golf greats Tiger Woods and Ernie Els. It opened in 2010 with accommodations for boats from 50 feet in length up to 300-foot mega-yachts.

Honeycomb is second expansion phase of the Marina Residences at Albany, expected to break ground this summer and open in the first half of 2016. The first phase is three, six-story towers totaling 275,000 square feet with designs by architects Morris Adjimi Architects, Gwathmey Siegel and HKS Architects. All three buildings are scheduled for completion this year.

Luxury units at Honeycomb will range from 3,000 to 8,000 square feet, with prices from $3 million to $12.5 million. Pre-sales began in January, but figures were not released.

Along with the announcement of the new Marina Residences, Albany announced a partnership with Delaware-based real estate investment firm New Valley LLC and brokerage firm Douglas Elliman Real Estate to build and market The Marina Residences at Albany. 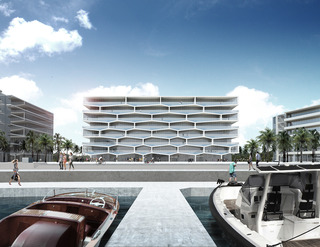 New Valley invests in a variety of asset types and also holds a 50 percent stake in Douglas Elliman Realty, LLC, according to the announcement.

"We have focused on New York and South Florida as core markets for New Valley," said Howard Lorber, chief executive of New Valley and chairman of Douglas Elliman. "But after spending time at Albany and seeing what they've already established there, I was convinced we had to form a partnership."