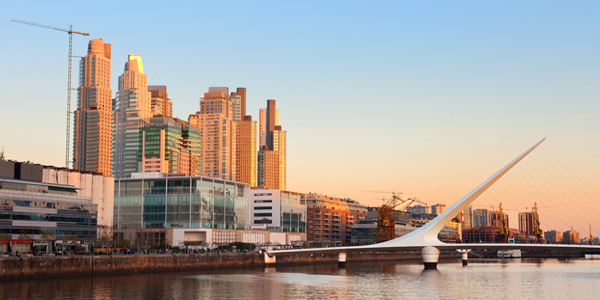 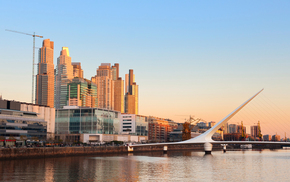 Jorge Luis Borges, one of Argentina's most famous writers, memorably said that "reality is not always probable, or likely." For an interesting example of how improbable the reality of real estate markets can be, one needs look no further than Palermo Nuevo, a small residential area in Buenos Aires.

One of the victims of the Kirchner Administration's continuing policy measures directed at the US Dollar has certainly not been the US Dollar, which has continued to gain ground against the Peso and is likely to continue down the road of appreciation in 2013. The same cannot be said, however, for Argentina's largely US Dollar-based real estate market, which has witnessed a dramatic falloff in transaction volumes.

The numbers are telling. It has been reported that real estate transaction volumes fell approximately 75% in October compared with October of 2011. This follows a worsening negative trend of year-on-year sales declines of 50% in June, 60% in August and 70% in September. In the midst of a general environment of regulatory uncertainty, this decline is not likely to helped by the recent announcement that Argentine's tax authorities are planning to implement new real estate sector reporting obligations.

Despite the drop in transaction volumes, prices have defied conventional market economics and refused to come down. In Nuevo Palermo, on the contrary, prices have sharply jumped.  According to Reporte Inmobilario, the prices of new developments in this area have reached US $3,800 per square meter, an increase of 18.09% compared with 2011.  Since 2005, average prices in this sector have increased 128%. Reflecting this general trend, prices in many other areas of Buenos Aires have risen as well.

There are three key reasons why real estate prices have remained high despite low numbers of transaction and worsening macroeconomic fundamentals. To begin with, real estate prices are quoted in US Dollars and the value of the US Dollar against the Peso has steadily risen.  More fundamentally, real estate is widely viewed as a better investment option than Peso-denominated financial assets. Thirdly, in an environment where Dollars are increasingly scarce due to mounting regulatory measures, sellers have preferred to hold assets rather than to sell them for Pesos which have increasingly less buying power due to high Argentine inflation rates.

The disconnect between transactions volumes and prices is not likely to change dramatically in the short term, given that the Kirchner Administration is likely to strongly defend the Peso with continuing US Dollar restrictions and Argentine economic growth is expected to weaken.   Under these circumstances it is likely that both the US Dollar and real estate investments will be seen as relatively safe haven hold positions for the short and medium term.

On the other hand, falling economic growth could help contain inflation, which in turn could strengthen the Peso and relieve some of the upward pressure on and regulatory attention directed at the Dollar. This could slowly increase the willingness of property sellers to take Peso payments without requiring large markups to compensate for currency devaluation and inflation risk.