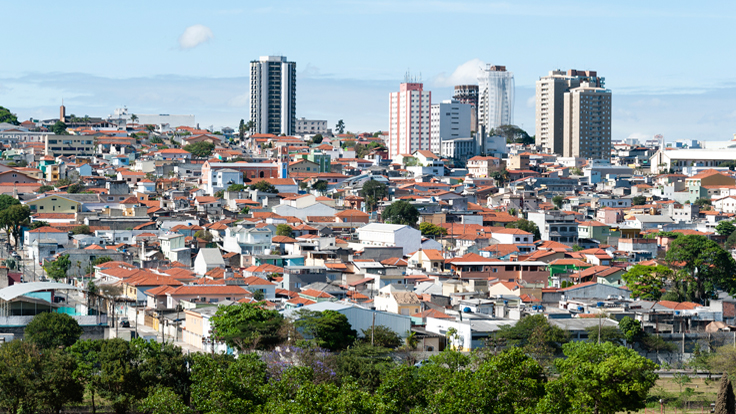 The joint venture with Constructora Altana, a residential real estate developer, will initially focus on metropolitan São Paulo, Brazil, building homes with a total sales value of about $250 million, according to a press release.

"We continue to see growing demand for new affordable housing in Brazil, particularly in São Paulo, as a result of the country's attractive demographics, rising prosperity and growing access to mortgages," Mr. Loker said.

Paladin Realty worked with Altana in 2009 on another A-PIMA platform that included "eight low-income projects and one lower/middle-income project totaling 3,171 units and more than $250 million of revenue," the company reports.

"What's new about this second JV with Altana is that we will be developing more outside of the MCMV [Minha Casa Minha Vida ] segment, with about half of our projects catering to the lower-middle class population with homes priced between R$250k and R$400k," Mr. Loker said.

Minha Casa Minha Vida, which translates as My House My Life, is a federally subsidized loan program to help low- and middle-income families buy homes.

The LatAm IV fund is managed by Paladin Realty Partners and has a $400 million fundraising goal. Earlier this month, the fund received a $100 million commitment from the U.S. government's OPIC, which helps the fund scale up to its projected total size, Mr. Loker added.

Los Angeles-based Paladin has invested 50 percent to 60 percent of the fund's capital in Brazil with similar plans for the future.  Other top markets for the fund are Colombia, Peru and Mexico with investments in Chile, Uruguay and Costa Rica as well, Mr. Loker told WPC.

Mr. Loker was not able to comment on a projected timetable for the $400 million goal for the fund. However, this past February, LatAm IV held a $75 million first close and made the first investment in March.