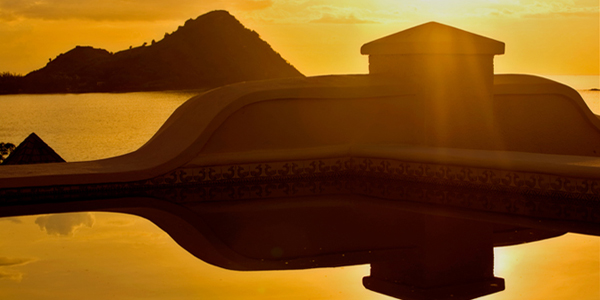 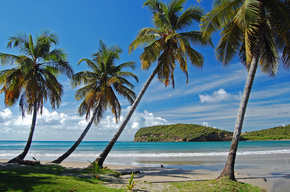 The Caribbean has been voted the top vacation destination this summer by British Airways customers.

Beating sunny contenders such as South Africa and perennially popular Florida, the Caribbean emerged as the clear winner with British holidaymakers - not wholly surprising considering that June was the wettest British month since records began.

That's one reason the region had a positive 3.3 percent increase in visitor arrivals (23.8 million) in 2011 compared to 2010, according to the Caribbean Tourism Organization.

"The thought of relaxing on a stunning beach, in the warm and friendly Caribbean is a real draw as the summer weather continues to be a bit of a let-down," says Claire Bentley, British Airways Holidays Managing Director.

Indeed, growing accessibility continues to be paramount to the tourism success of many Caribbean islands and one island gaining in popularity is the spice island of Grenada. For example, Grenada now has direct flights to international destinations including the UK, USA and Canada, positioning the island for stronger future tourism growth.

Ray Withers, Chief Executive of Property Frontiers, the exclusive marketing of the newly released hotel suites at Bacolet Bay Beach Resort on the island of Grenada, is bullish about the island's future. 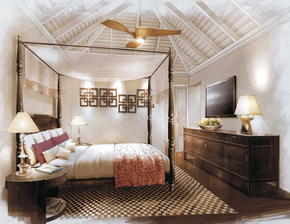 "It is very encouraging to see that, even despite the global economic downturn, Caribbean tourism levels continue to rise," Withers says. "Grenada alone welcomed 116,398 overnight guests and some 309,000 cruise ship day visitors in 2011 and with the World Travel & Tourism Council predicting the island to be the fastest growing market in the Caribbean between 2011 and 2021, we believe that Grenada is the best place to invest in the region.

"In terms of property investment opportunities, the vastly undersupplied luxury hotel sector remains one of the most attractive options. Hotel occupancy levels across the Caribbean rose to 61.8 percent in 2011 and RevPAR reached US$103.57, the highest levels reported since 2008 according to STR Global data. However hotel room supply in the region remains limited with only three new properties opening in 2011, increasing room supply by a mere 0.9 percent while demand in the region rose 3.5 percent."

Addressing this discrepancy, Property Frontiers has just released for the first time, the exclusive new Cinnamon Suites at Bacolet Bay Beach Resort. Located on a secluded 300-meter long white sandy beach on the southern shores of Grenada, 15 minutes from the international airport, Bacolet Bay is already 50 percent sold out yet due to rising demand for luxury accommodation on the island. The newly released spacious Cinnamon Suites, which enjoy sea views from one of the highest points on the resort, are now available.

The Cinnamon Suites at Bacolet Bay Beach Resort are available 30 percent below independent valuations from $248,500, with a 3-year rental guarantee from 7.2% and 1-month personal usage. Completion and the opening of phase one is scheduled for the second half of 2013 and the project will include waterfront restaurant, bars, swimming pool, spa, gymnasium, pontoon and walkways, tennis courts and a panoramic reception area.