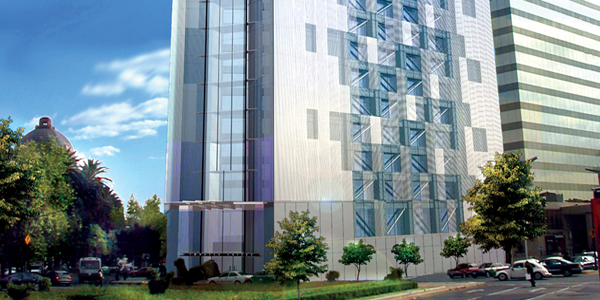 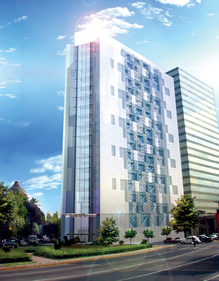 Situated at Paseo de la Reforma 69 in the heart of the city's vibrant financial and cultural district, Le Méridien Mexico City combines timeless chic design and a love of the arts and cuisine, offering travelers a distinctive and compelling experience.

"The opening of Le Méridien Mexico City is part of Starwood's aggressive expansion strategy in Latin America marking the 71st Starwood hotel in the region and the seventh in Mexico City," said Osvaldo Librizzi, Co-President of the Americas, Starwood Hotels & Resorts. "We're thrilled to bring Le Méridien to Mexico City, which continues to be a preferred destination for business and pleasure."

"Since being acquired by Starwood more than six years ago, Le Méridien has undergone a comprehensive brand re-launch," said Brian Povinelli, Global Brand Leader, Le Méridien & Westin. "The brand boasts the strongest portfolio ever in its forty year history and the debut of Le Méridien in Mexico City, which is a hub for style and creativity, marks another key milestone in our transformation."

Trinity Investments, LLC is an international real estate investment company focused primarily in hospitality/resort assets in Hawaii and Mexico, and commercial real estate in Japan. Since its predecessor company was first formed in 1996, Trinity and its affiliates have acquired and developed over $4 billion in real estate assets and companies, including hotels, office buildings, apartments, and retail centers.

"We are excited to bring the Le Méridien brand to our hotel, our guests, our employees, and Mexico City," said Ryan Donn, Managing Director of  Honolulu-based Investments, whose company has offices in New York and Tokyo. "The brand epitomizes the sophistication and style that Mexico City, as a world gateway city, exudes."

Le Méridien, the Paris-born hotel brand currently represented by 100 properties in more than 40 countries, was acquired by Starwood Hotels & Resorts Worldwide, Inc. in November 2005. With over 80 of its properties located in Europe, Africa, the Middle East, and Asia-Pacific, Le Méridien provided a strong international complement to Starwood's then primarily North American holdings at the time of purchase.