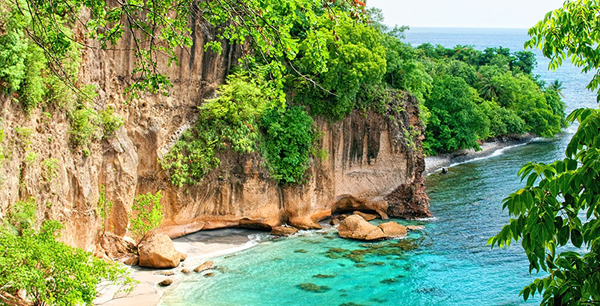 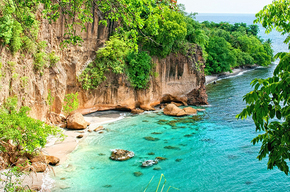 Secret Bay Resort in Dominica is celebrating its one-year anniversary with the launch of its new "Residence Program," allowing resort fans of the Nature Island to own a villa or "tree house" bungalow, according to the developer.

The new Residence Program will offer the resort's highly personalized service that has helped garner Secret Bay multiple awards during the resort's first year of operation, including being named to Travel + Leisure magazine's "It List 2012."

"It took more than 15 years to assemble the property, but I knew it was the perfect location for a small-scale, sustainable resort," he says. "Our guests this first year have wanted to become part of this vision, so we're offering a limited number of villas and bungalows for purchase as whole or fractional ownership."

In keeping with Nassief's commitment to sustainable tourism, the secluded villas and bungalows are built by hand from sustainable hardwoods. A maximum of 14 units will be built on the four-acre property, ensuring that the guest experience remains tranquil and in harmony with nature.

Among the services offered through Secret Bay's Residence Program is a concierge to arrange diving expeditions, restaurant reservations and pre-stock units before arrival. Other unique options include personal chefs and even one-man jazz concerts in the privacy of a guest's home away from home.

The low-density Secret Bay Resort property overlooks the Caribbean Sea and offers two swimming beaches, the Cario River, a sea cave and two distinct micro-climates. Located on Dominica's northwest coast, this boutique eco-luxury development is just a 10-minute drive to the quaint town of Portsmouth and a one-hour's drive to the capital Roseau. 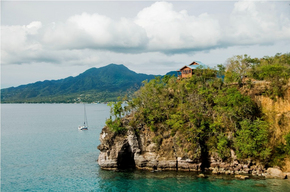 The entire resort features a minimalistic, modern Caribbean design by award-winning Venezuelan architect Fruto Vivas. The design maximizes the site's natural beauty while minimizing the impact on the pristine environment. Each of the four existing villas and bungalows is nestled within the canopy of Dominica's lush rainforest, offering exceptional comforts alongside the simplicity of nature.

The 2,728-square-foot, one-and two-bedroom villas feature indoor/outdoor living rooms, bedrooms with en-suite bathrooms and outdoor showers, a private pool or Jacuzzi, and a veranda with panoramic views of the Caribbean Sea.

The 610-square-foot, two-story bungalows, often referred to as "luxurious tree houses," are perched amongst the trees with floor-to-ceiling glass windows on both levels that reveal magnificent ocean views and allow natural light to gently permeate the interiors. The unit's concrete foundations are complemented by a unique superstructure built entirely of sustainably sourced Guyanese Greenheart hardwood and are designed to withstand hurricanes and earthquakes.

Under the new Residence Program, Secret Bay will add eight to 10 bungalows and villas, which can be purchased as one-twelfth fractional shares or deeded whole-ownership. The product will be a real property interest, which allows owners to use or rent their weeks through the operator or privately.

Owners receive housekeeping and laundry services, 24-hour security, concierge services including pre-stocking of groceries, high speed wireless Internet access, a Kindle with select daily newspapers, the use of adventure equipment (mountain bikes, kayaks, yoga mats, and snorkeling and swimming gear), and a safe for personal belongings. Other services, such as airport transportation, day excursions and personal chefs can be arranged by the resort staff.

In a region saturated by tourism, Dominica remains one of the hidden gems of the Caribbean. It is dubbed the "Nature Island" due to its abundance of natural splendors: 365 rivers, the second-largest boiling lake in the world, a lush rainforest, volcanoes, mountains, waterfalls, hot springs, and black and white sand beaches. Much of the island is protected National Parks, one of which has been given UNESCO World Heritage status.

Despite being one of the largest islands in the Caribbean (291 square miles), it is one of the least populated (72,660). At twice the size of Barbados, it only has one fifth of its population. It is also one of the few islands to have retained some of its pre-Colombian population.