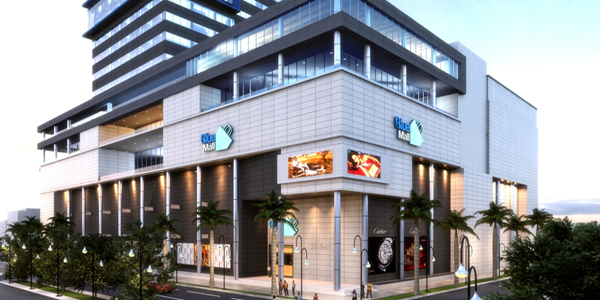 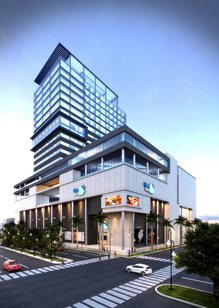 "The Dominican Republic is a highly desirable destination for today's luxury traveler and a growing business hub in the Caribbean," said J.W. Marriott, Jr., chairman of the board, Marriott International.

"This makes it ideally suited for our JW Marriott brand, which is now in 22 countries around the world."

Located in the Piantini area, Santo Domingo's primary business, commercial and residential district, the JW Marriott Santo Domingo will be located in the first seven floors of a 15-story mixed-use tower being built above the existing Blue Mall Santo Domingo, which opened in 2010 and features 20,000 square meters of commercial space over six floors, including high-end retail such as Louis Vuitton, Cartier, Salvatore Ferragamo and Carolina Herrera.

"We are thrilled to be bringing the JW Marriott brand of luxury to Santo Domingo," said Luis Emilio Velutini, owner and president of Grupo Velutini.  "And with its prime location above the Blue Mall and in close proximity to major businesses, we know that it will be successful."

In addition to 131 guest rooms and suites, the hotel will feature a three-meal-a-day restaurant, a lobby bar and lounge and a pool snack bar.  It will have 589 square meters of meeting space, including a ballroom and two smaller rooms; as well as a fitness center and swimming pool.

The primary architect for the project is Gomez Vasques Aldana Asociados, a well-known Mexican firm with extensive experience in the hospitality industry throughout Latin America and in Santo Domingo.

"We are fortunate to begin this partnership with Mr. Velutini and FVI, which has one of the largest real estate portfolios in Latin America," says Laurent de Kousemaeker, chief development officer for Marriott International, Inc. in the Caribbean & Latin America "We currently have two other hotels in Santo Domingo and believe that the JW Marriott luxury brand will be very well received in the city."

Currently, there are 53 JW Marriott hotels in 22 countries. By 2015 the portfolio will encompass 80 properties in 29 countries.