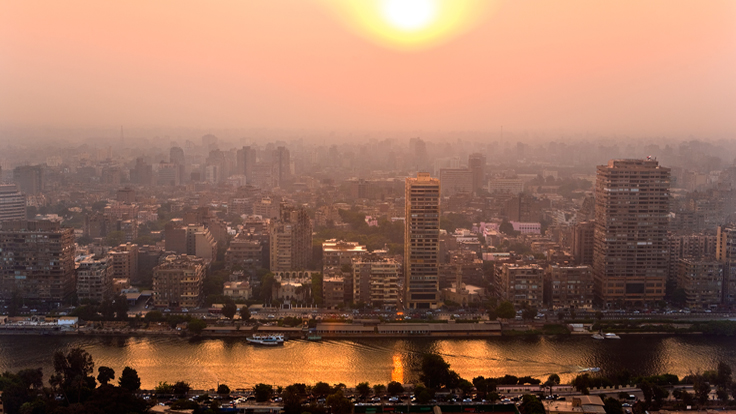 
As the Egyptian government struggles with political and economic instability, the Cairo real estate market reports improvement in all sectors.

Vacancies in Grade A office buildings slid to 20 percent for the first quarter, a decrease from 29 percent in the fourth quarter of 2012, according to a new report from Jones Lang LaSalle. New Cairo, a satellite city of Cairo created in 2011, witnessed the completion of a new 6,700-square-foot Grade A office project in the first quarter of 2013, bringing the total stock in Cairo to approximately 791,000 square feet, JLL reports.

As the country waits for parliament elections and pending loans from the International Monetary Fund, residential real estate also improved in the first quarter, according to the report.

Approximately 600 new residential units were delivered in east and west Cairo in the first quarter, including the New Giza project with175 apartments. Asking prices for apartments in New Cairo increased 4 percent to US $1,180 per square meter from the last quarter. Prices for villas also reported an increase to $1,974 per square meter, up 9 percent from the previous quarter. 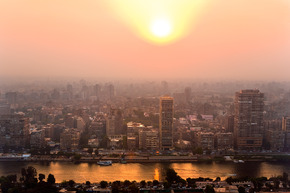 Retail stock in Cairo remained at 773,000 square meters. However, retailers are changing strategies from retail malls to high street locations, according to JLL.

Although street demonstrations have created turmoil in the country, tourist arrivals increased 10 percent in January from the same period a year earlier.

Key factors leading to more market flow in the country include the announcement from the Ministry of Finance that will allow the introduction of sukuks, Islamic bonds.

One of Egypt's leading real estate companies, Sixth of October Development and Investment, SODIC, reported strong revenue of EGP 122 million in 2012 from units handed over in its Allegria residential project, the report notes. 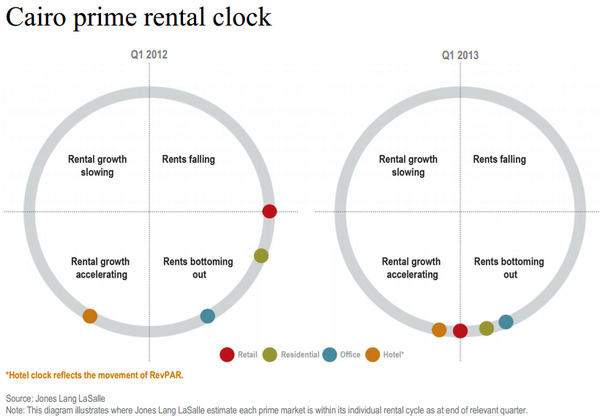