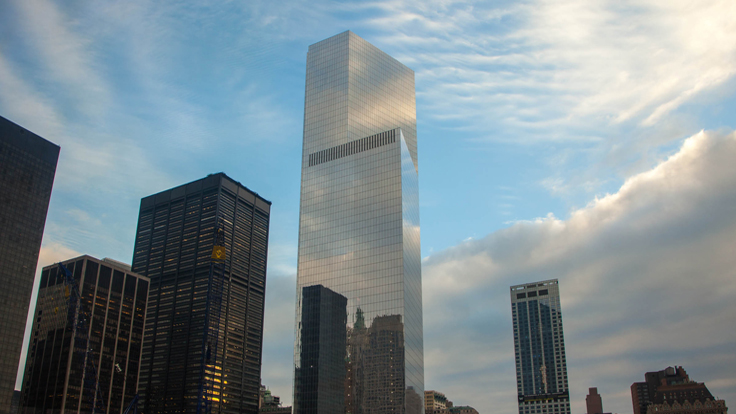 
The first skyscraper in New York's World Trade Center redevelopment is set to open its doors today, symbolizing a revival of the area after the Sept. 11th attacks.

Designed by Pritzker Prize-winning architect Fumihiko Maki, 4World Trade Center is 72 stories high and sits across from the 9/11 Memorial. The building uses materials to reflect its surroundings to help it "disappear into the sky," a goal for Mr. Maki. 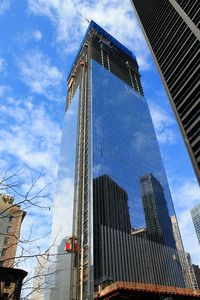 "We feel a real sense of accomplishment for having made it to this place," Janno Lieber, president of 4 World Trade Center developer Silverstein Properties Inc., told Bloomberg. "It means the site is "really becoming part of New York again."

While the 46-foot-tall lobby will be the first to welcome tenants back to the World Trade Center, the tower faces the challenge of filling the 40 percent of the tower's space that is currently empty.

The developer still needs to lease a million square feet of office space, according to media reports. The only tenants at the 2.3-million-square-foot Four World Trade Center are the Port Authority, owner of the 16-acre Ground Zero site, and the City of New York. Both tenants signed on in 2006 to jump-start the site's rebuilding.

Silverstein Properties will also compete with Douglas Durst, who is building 1World Trade Center with the Port Authority of New York and New Jersey.

A third competitor for tenants in the area is Brookfield Office Properties Inc., with 2.7 million square feet of space available in the nearby Brookfield Place complex, Bloomberg reports.

"This [4World Trade Center] is the thin end of the wedge of a large supply of class A space that will be accumulating in the Trade Center area," Michael Cohen, regional president of brokerage Colliers International, told Bloomberg. "At the end of the day, supply and demand will determine what that space trades for." 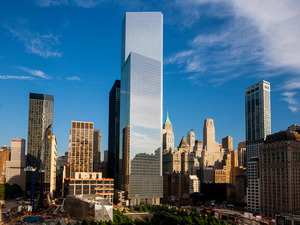 Tenants at 4World Trade Center will enjoy a polished black granite lobby wall, reflecting trees from the memorial park, and automated security turnstiles, among other features.

The opening of the tower will welcome workers 12 years after terrorist attacks to the original World Trade Center. Additional plans for the site include two more office towers, a transit hub, a 9/11 museum and a performing arts center. A memorial at the site opened two years ago.

Yesterday, the Council on Tall Buildings and Urban Habitat named the 1,776-foot-tall 1World Trade Center the tallest building in the U.S., after two years of debate surrounding the tower's 408-foot spire. The tower is set to open next year.